Sexism and The City! Another Cringer From The New York Observer 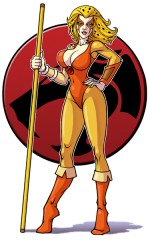 Maybe it’s me. Maybe I’m just sensitive because last year, NYO writer Spencer Morgan featured me in a piece about how awesome it was for a 36-year-old guy to nail 23-year-old girls, until he realized that when it was time to be responsible and settle down he needed a boring old 36 year old….who was so boring that she drove him back to 23 year olds.

Or maybe it’s that Morgan wrote that piece for a series called “Men of Manhattan,” which celebrated one-half of the population of city full of vibrant, successful, interesting people. There was no corresponding column.

Or maybe it’s that I’m turning 37 next week and am already getting tired of the “cougar” comments. I already know that I should be fearful and scared I’ll never find a husband — I read that in the Observer, too.

Or maybe it’s that I can’t read a New York Observer piece about dating and mating and sex in New York City that does not make me want to PUNCH A FREAKING WALL.

You know what? That’s it. Because the Observer’s latest Spencer Morgan piece is called “Rrrowl! Beware Cougar’s Young Niece, the Cheetah.” BE CAREFUL GUYS! SHE’S COMING FOR YOU!

What is a cheetah? As Jezebel’s Irin Carmon notes, it’s “unclear what a “cheetah” actually is, except amalgam of lazy gchat reporting, cliches [and] double standards.” Apparently it’s a woman, presumably single, who wants to get laid and preys on some poor sap who is too drunk to fight back. (You know, to fight back against getting laid at the end of the night when they’re drunk. Because guys HATE that.)

It’s the usual double-standard that the Observer loves so well — a guy sleeping with lots of younger girls is a stud! Girls need to be careful! Especially the ones who might enjoy sex! — and as Hamilton Nolan notes at Gawker, it is preposterous, dated and utterly transparent link-bait. But, you know, the Observer is a pretty well-regarded publication, read by many of the city’s media and business elite, and also here it is on the internet. There are some people who might think this story actually has merit. Certainly the guys earnestly quoted in it — all with huge followings and media footprints — indicate as much.

There are some confusing things in the article. Like, the cheetah is not necessarily old, like a cougar. (“A cougar would fuck and then leave and not feel bad.”) And she’s not even necessarily ugly! (“The cheetah was not necessarily unattractive but that for some reason or another, she was not aware of her attractiveness.” Gee! I wonder what media world would contribute to that!) I am, however, completely confused about what this means: “It is about women past the first flush of youth wanting to date or at least fuck ‘above their station.'” What, exactly, is this woman’s “station?” And if she is hanging out with a group of friends at a bar, how, exactly, is she beneath them? Or is it that she’s not good looking enough for any of the drop-dead supermodels quoted in the article? Shockingly, Morgan fails to elaborate.

What we do know, though, is that the Cheetah is pathetic, because unlike “her Auntie Cougar and Cousin Puma” she lacks “a certain dignity.” (A Puma is a woman in her late 20s early 30s who dates younger. Basically according to this article, unless you are in your early 20s and let the boys come to you, WATCH OUT). The Cheetah, sadly, actually wants….something? A relationship? Acknowledgment? To not have to schlep her ass out of bed at 5 am and hail a cab on dark, empty streets to go home? (“The cheetah stays the night.”). That is, presumably, in sharp contrast to the virile men of the story, who need nothing (except, perhaps, the affirmation of their own heavily-notched belts. You know who you are, kids).

This article could have been about a scene — a scene where friends go out and mingle and drunkenly hook up, or about how singles interact in New York, and what those expectations are and what people are looking for, and need. Ha! That would have taken too much work, or been too relevant. This is about celebrating guys and their conquests — and how they were too good for those forgettable, regrettable, pathetic chicks. It’s about warning women that sexually aggressive behavior is unacceptable, makes them the object of mockery and scorn and pity. It’s about being worried about what you look like without makeup, worried about whether you’re too old for your new boyfriend, worried about whether you’re going to feel like shit after a drunken hookup, worried that someone, somewhere is going to judge you.

Well, you’re right to be worried. That someone is judging you. You’ll find them at the New York Observer.

Rachel Sklar is Mediaite’s Editor-at-Large and writes often about sexism in media. She also co-writes a blog dedicated to celebrating awesome women in their thirties, where today she wrote this. Sarah Henderson would appreciate it.