Floyd Mayweather vs. Conor McGregor Expert Picks — Who Will Win the Big Fight? 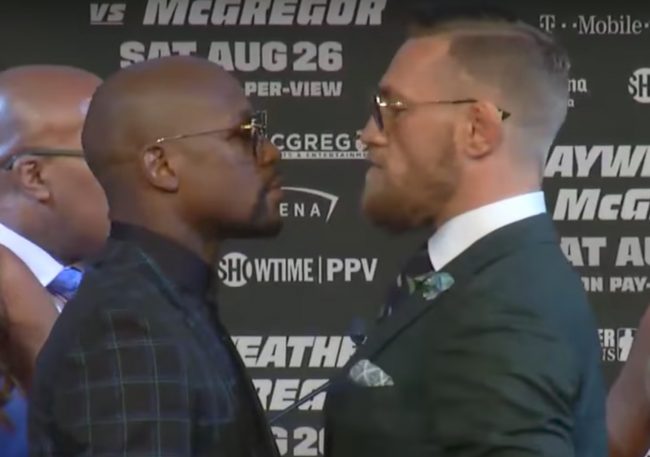 Floyd Mayweather and Conor McGregor finally step into the ring Saturday night in Las Vegas for one of the more unique sporting events in recent memory.

How do the experts see it? Mostly, they like “Money” Mayweather to run his record to 50-0 over the UFC star McGregor — fighting in his first ever boxing match. But there are a few dissenters — though they almost exclusively specialize in mixed martial arts coverage. The boxing scribes? They think it will be a strictly one-sided affair.

Here is a round-up of some of the expert picks:

Kevin Iole, Yahoo! Sports: Mayweather by by 8th round KO

Joe DePaolo, Mediaite Senior Writer/Sports Editor: Mayweather by 5th round KO….McGregor will miss early and often as he swings for the fences in the first two rounds. He figures to tire sometime in the third or fourth round — at which point, Mayweather will absolutely tee off. This fight is a complete farce. But due to its one sided-ness, it should be a highly entertaining bout — at least by Floyd Mayweather standards.