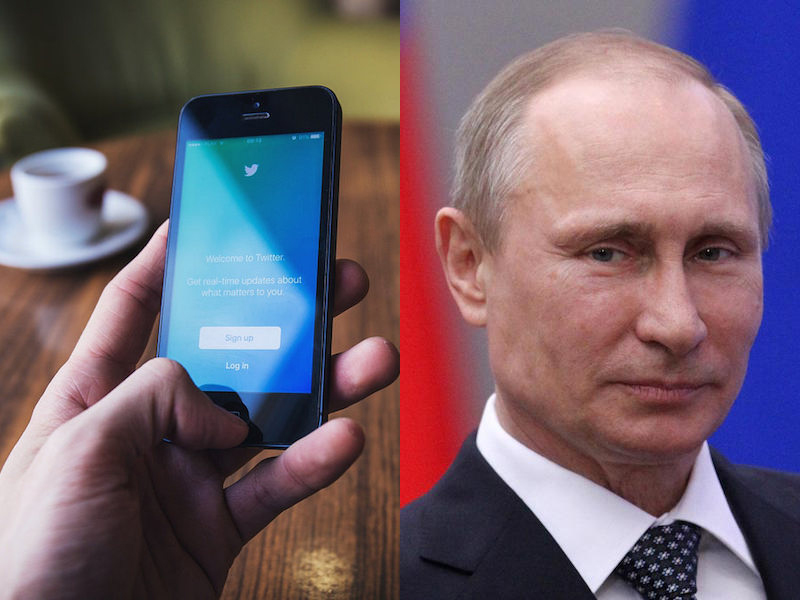 We’ve all seen Russian bots on Twitter. They repeat the same nonsensical claims about “libtards” and Hillary Clinton’s role in the deaths of just about everyone. Their avatars are often bald eagles perched atop American flags or, on special occasions, Photoshopped images of Donald Trump to make him look more muscular and virile.

These digital interlopers have become so ubiquitous that savvy Twitter users have learned to pay them no mind, ignoring them at a nearly subconscious level. Back in 2015, however, we were babes in the woods, with no reason to suspect that “Nancy Mathers” was anything more than an angry housewife from Joliet, Illinois.

Former Twitter employee Leslie Miley knew something was up, though. In early 2015, he discovered that a “significant percentage” of all new accounts created on the social media platform had Russian and Ukrainian IP addresses, according to a report by Bloomberg Technology.

Miley alleged that he approached upper management, advising the company to delete the accounts, but was shut down.

“When I brought the information to my boss, the response was ‘stay in your lane. That’s not your role’,” he said. “They were more concerned with growth numbers than fake and compromised accounts.”

These accounts were not deleted and remained on the site, laying in wait like sleeper agents. It is many of these same accounts that sprung to life during the 2016 election, researchers have noted. Being as how the accounts were not brand new, it loaned them the appearance of legitimacy, thus allowing the dissemination of propaganda and photos of that “liberal tears” coffee mug, according to Samuel Woolley, research director of the Digital Intelligence Lab at Institute for the Future.

As the investigation into Russia’s involvement in our election continues, Twitter has been forced to acknowledge the sheer number of fake accounts created on a daily basis.

“For many years, Twitter has fought a high volume of spam and spam accounts originating from Russia and Ukraine. The numbers of suspensions and other enforcement actions on such accounts number in the millions per week,” a company spokeswoman wrote in a statement this week.

Representatives from Facebook, Google, and Twitter testified before the Senate Intelligence Committee on Wednesday, finally releasing some hard data regarding Russian influence during the election.

Twitter told senators that fake and spam accounts make up around 5 percent of their total user base, though outside research has found that number to be closer to 15 percent.

Leslie Miley has since left the company and now works for Venture for America, a non-profit that encourages entrepreneurship. He is still on Twitter, with the username @Shaft.