Former DC Mayor: We’ve Got To Do Something About These Asians And Their Dirty Shops
video

Former DC Mayor: We’ve Got To Do Something About These Asians And Their Dirty Shops

Frm. DC Mayor: We've Got To Do Something About These Asians And Their Dirty Shops
Twitter share button 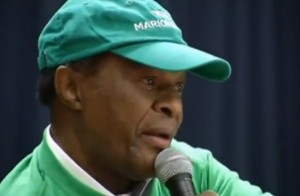 On Tuesday, former DC Mayor Marion Barry called upon ‘dirty’ Asian stores to leave Washington, DC, Twitchy reports. On the heels of a victory in the Council Ward 8 primary, Barry remarked, “We’ve got to do something about these Asians coming in, opening up businesses, those dirty shops.”

“They ought to go,” Barry added. “I’m going to say that right now. But we need African-American businesspeople to be able to take their places, too.”

“I think you know what I stand for,” Gray told local news station WRC-TV/NBC4. “And that is everybody having an equal opportunity in the District of Columbia.”

“I was very surprised that this came out of his mouth,” Allen told NBC4. “Marion Barry has been a leader, he has been a mayor and he had worked on putting people together. We should utilize people like Marion Barry to put people together so that the Asian-Americans who have made the decision to move into place like Ward 8, which need businesses to service them and provide them with the services and product they want and create jobs. Keep them there and help them work together so that the two sides of the community can come together, become a positive change.”

Responding to the firestorm of criticism, he tweeted that his comments were taken out-of-context: