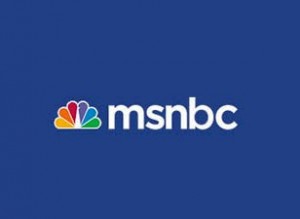 On Wednesday, Inside Cable News released an on MSNBC’s failed rebranding effort to a news and information destination in the dayside and the cable network’s subsequent rebirth into one dominated by progressive opinion and analysis.

(Editor’s Note: This was originally going to be a two part chronological article but was reworked to move most of the older history to two Appendices which are referenced in this article)

By the end of 2010, MSNBC had established a solid POV block from 5pm to 11pm and had the equally successful POV Morning Joe airing from 6-9. Dayside had reverted to straight news after sustaining a radical wholesale quasi-POV overhaul in mid 2009 which didn’t work out as planned (see Appendix B).

But while MSNBC President Phil Griffin told the AP in December of 2009 that MSNBC was going back to “more aggressive headline and information programming”, by early 2010 the re-implemented straight news dayside had ratings issues. By May Mediaite’s Steve Krakauer wrote that MSNBC was on a path to its worst dayside demo year since 1999.

Whether there was a direct correlation between dayside’s lagging numbers and what happened next is not known. What is known now is that 2010 would be a year when Griffin and MSNBC would revisit the concept of expanding POV across MSNBC. This is the story of that second attempt; a process that is still ongoing.

There were small indications here and there that Griffin was experimenting with dayside in early 2010 but nothing you could define a trend out of. The most telling sign that Griffin was again seriously considering extending POV across all of MSNBC came in the form of an NBC News viewer survey that leaked and was forwarded to ICN in June 2010. Quoting from that story I wrote about the survey…

Note the “I enjoy programs with an opinionated host rather than a program which presents me with just the facts of a story with an objective anchor” and the “I prefer news sources that share my point of view” and the “I enjoy news programs that have a host that has a point of view or opinion on the issues being discussed” choices. Add that to the “Anchor with a strong point of view” choice mentioned earlier and you start to wonder what NBC is thinking about in regards to MSNBC. It suggests to me that they’re still mulling going down that opinion dayside news path even after last year’s resounding ratings-reflective rebuke of a previous attempt at putting in POV anchors and shows on the dayside air. They wouldn’t be asking about these subjects if they weren’t still mulling doing yet another 180.

That survey now serves as MSNBC’s “Rosetta Stone” for everything POV that has transpired on the network since.