Fort Hood Tragedy: The First Good Use For Twitter Lists? 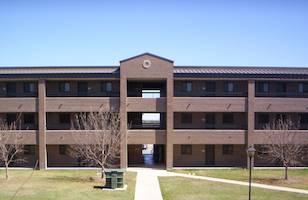 In the wake of the tragic shootings in Fort Hood, millions of Americans scrambled to follow what was going on — and encountered misinformation and rumors at every corner, including TV, blogs, and  Twitter. Could Twitter’s new list feature give news consumers better information when stories like this break?

After the “hey look, Twitter did a new thing!” factor wore off, there was a backlash against Twitter lists. Early on, Jeff Jarvis astutely pointed out that aside from adding a “listed” stat for accounts, the lists themselves weren’t being used all that much:

As Mediaite pointed out, they take a long time to make correctly, and even then the current infrastructure favors already-big players like corporations and celebrities. The laundry list of problems goes on: they’re easy to game with blogroll-like listing exchanges; there are so many redundant lists as to cancel out the value of any individual one.

The response to the tragic Forth Hood shootings highlights a potentially fruitful approach. Rather than creating broad, evergreen, mostly useless lists like “/blogs/,” a topical list like “/ft-hood/” can emerge in a time of need to filter out the drek that inevitable emerges in a sure-to-be-flooded hashtag like #forthood.

Writing on the same topic, the Columbia Journalism Review notes that many of the best and most authoritative lists covering the tragedy emerged from established media outlets riffing off of other established media outlets. “Journalism and curation—it’s becoming increasingly difficult to determine where the one ends and the other begins,” CJR writes. Lists “represent a new—or, more precisely, a newly facilitated—way for news organizations to collaborate … So The New York Times gets to provide its users real-time information from Waco’s NewsChannel 25—and NewsChannel 25, in turn, gets to have its reporting amplified to the readers of the paper of record. Win and win.”

One problem: what if everyone is getting it wrong? Glenn Greenwald compellingly condemns big media outlets and Twitter alike for putting out tons of inaccurate details about the Fort Hood shooting (were there three gunmen? was the shooter a convert to Islam? did the shooter die? did combat fatigue have something to do with it?) and influencing early news consumers’ views of the situation as a result.

A feed of information can only be as good as its components, but upping the quality of those components can only be good news for its consumers and, by extension, for its curators.