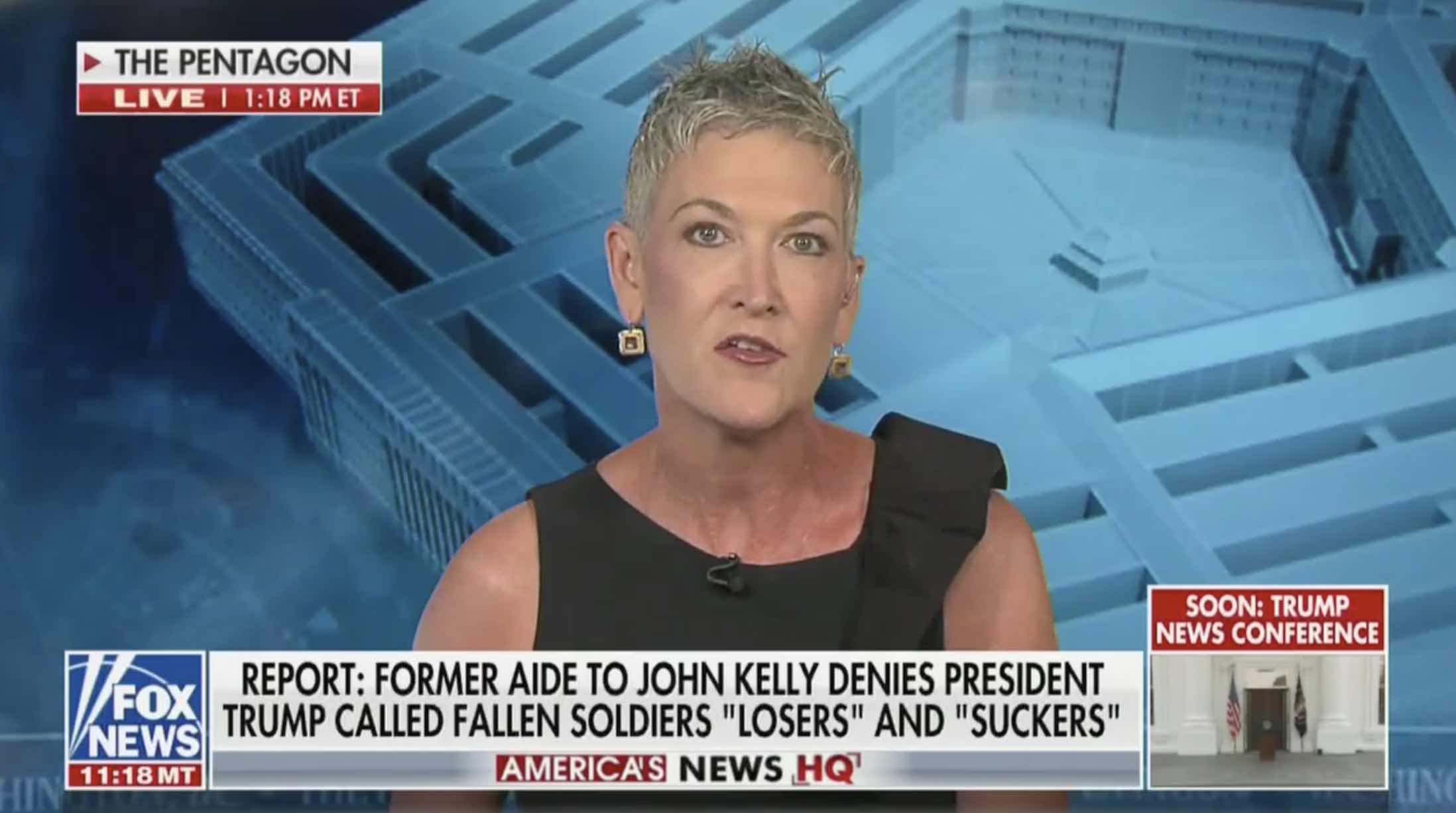 Fox News national security correspondent Jennifer Griffin called out “complete hypocrisy” from President Donald Trump and his defenders on the subject of anonymous sources on this week’s episode of Mediaite’s podcast The Interview.

Trump recently called on Fox News to fire Griffin for reporting that he disparaged U.S. veterans and soldiers, matching many of the claims made in The Atlantic’s recent bombshell story.

Griffin reported, based on her own sources, that Trump repeatedly called those who fought in the Vietnam War “suckers.” She also matched The Atlantic’s reporting on Trump disparaging John McCain. On top of that, Griffin reported that during a 2017 meeting at the Pentagon Trump called four-star generals “losers,” “dopes,” and “babies.”

Griffin defended her reporting and her use of anonymous sources in conversation with Mediaite’s Aidan McLaughlin, explaining that although she would always prefer to have people on the record, “there are a variety of reasons right now, particularly under this administration, that anonymous sources are needed.”

She noted that Deep Throat was an anonymous source when he provided The Washington Post with key information regarding President Richard Nixon in the Watergate scandal.

“It didn’t make him less real,” she pointed out. “It didn’t make what he said less true. That’s just the way it goes. And I’m quite certain that the president knows who these anonymous sources are, because they are real.”

“It’s important that readers know that much of the most important reporting that’s happened in politics has come thanks to anonymous sources that would otherwise not be able to speak on the record about stories,” he said.

Griffin again explained that she would rather have people on the record, but noted that due to the sensitive nature of this story, she respects those who want protection.

Listen above. The relevant section begins at the 18:00 minute mark. Download the episode here.