Gene Simmons Apologizes for Telling Depressed People to Kill Themselves 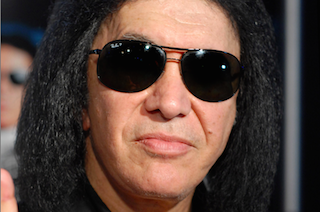 During an interview late last month, KISS frontman Gene Simmons made some seriously insensitive comments about depression and suicide. In light of recent death of actor Robin Williams, Simmons had issued an apology on Facebook that basically says everything he expressed in his original statement was wrong.

Simmons’ comments were prompted by the seemingly innocuous question, “Do you still get along with the original guys?”

“No, I don’t get along with anybody who’s a drug addict and has a dark cloud over their head and sees themselves as a victim. Drug addicts and alcoholics are always: ‘The world is a harsh place.’ My mother was in a concentration camp in Nazi Germany. I don’t want to hear fuck all about ‘the world as a harsh place.’ She gets up every day, smells the roses and loves life. And for a putz, 20-year-old kid to say, ‘I’m depressed, I live in Seattle.’ Fuck you, then kill yourself.

I never understand, because I always call them on their bluff. I’m the guy who says ‘Jump!’ when there’s a guy on top of a building who says, “That’s it, I can’t take it anymore, I’m going to jump.”

Are you kidding? Why are you announcing it? Shut the fuck up, have some dignity and jump! You’ve got the crowd.

By the way, you walk up to the same guy on a ledge who threatens to jump and put a gun to his head, “I’m going to blow your fuckin’ head off!” He’ll go, “Please don’t!” It’s true. He’s not that insane.

After receiving numerous complaints, Simmons decided to use his Facebook page to “clarify” his remarks: