Glenn Beck Opens Up to NYT Magazine About...
video 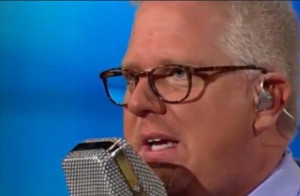 Glenn Beck sat down for an interview with New York Times Magazine to tout the success of his media venture The Blaze and the big impact it could end up having on the media landscape. He also opened up about living in Dallas, his support of gay marriage, and why he thinks progressives are “the biggest danger in the world.”

He predicted that in the next few years, online outlets like The Blaze will “be ready” to put traditional news sources like the broadcast nightly newscasts out of business, since aside from dead people, “who is watching the nightly news?”

Beck dismissed a question about fan reaction to his support of gay marriage, and admitted that his show only spends so much time on politics “because of the news of the day.” He pushed back against the idea he hates just President Obama, saying he called for Bush’s impeachment and simply hates abuse of power no matter who’s in charge.

Of course, Beck’s interviewer brought up his long-fought crusade against liberals, particularly this segment from his radio show where he compared himself to “Israeli Nazi hunters” in his mission to take down progressives. Beck made no bones about how much he despises that ideology.

I think these guys are the biggest danger in the world. It’s the people like Mao, people that believe that big government is the answer, it always leads to millions dead — always.