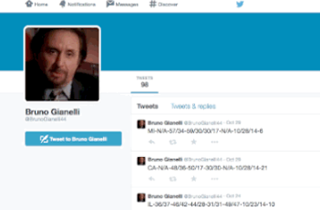 While the law states that super PACs and nonprofits can freely spend money on political ads, they can do so as long as they’re not coordinating with the campaigns itself. However, CNN recently learned that Republicans were using anonymous Twitter accounts to share internal polling data publicly — and, likely, the data was intended for outside groups.

The accounts were public but anonymous, and according to a source, signaled to outside groups whether certain campaigns needed outside assistance. They also happened to be self-aware:

One Twitter account was named after Bruno Gianelli, a fictional character in The West Wing who pressed his colleagues to use ethically questionable “soft money” to fund campaigns.

Posting the information on Twitter, which is technically public, could provide a convenient loophole to the law — or could run afoul of it.

But while the coordination seems pretty straightforward — campaigns were sharing friggin’ internal polling data with PACs — it could still very well be 100% legal. “A lot of things you and I would consider coordination are not coordination under the law,” Daniel Tokaji, a professor of Constitutional Law at Ohio State University, told CNN. “I don’t think sharing polling data is going to be enough to establish that the campaign was materially involved in decisions about content, target audience or timing.”

However, the Federal Election Committee has to make a hard ruling on whether this counts as coordination, and it’s up to them to investigate. “If it truly requires some sort of Ovaltine decoder ring to make heads or tails of the information, then there certainly is the possibility that there was some pre-arrangement,” Kenneth Gross, a former head of the FEC enforcement division, said. “Just making it public is not enough. You have to further meet the requirement of no pre-arrangement or coordination. But it is the burden of the government to demonstrate that.”

Watch the report below: