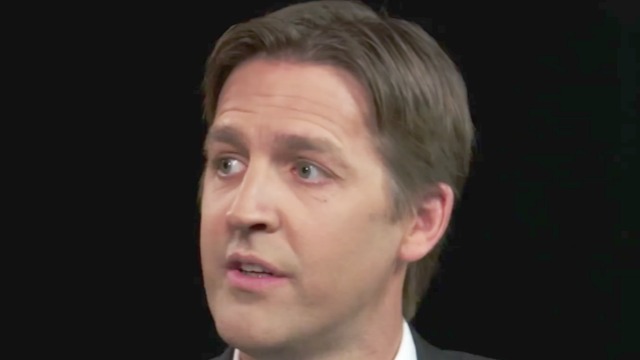 Sen. Ben Sasse (R-NE) has a strong reaction to President Trump‘s recent attacks against NBC News and threats about “revoking their license.”

On Wednesday night, the GOP senator released a statement:

Mr. President:
Are you recanting of the Oath you took on Jan. 20 to preserve, protect, and defend the 1st Amendment? pic.twitter.com/XLB7QXM3bQ

“Mr. President: Words spoken by the President of the United States matter.” Sasse began. “Are you tonight recanting of the oath you took on January 20th to preserve, protect, and defend the First Amendment?”

Sasse received some praise for his statement on Twitter.

Thank you conservative, Republican @BenSasse . Hope others will speak up. This is serious. This is about who we Americans are. https://t.co/xEVXXJ1AQy

. @bensasse– if you would like us to see this statement,we got it & txU. If you are speaking to @realDonaldTrump -please include his handle https://t.co/15gOt7quUc

Hey, @BenSasse, honest question: if Trump continues to behave the way he has over the past week, do you think he should be impeached?

Would be reassuring to hear this from a few others https://t.co/bKlxGjtLQU

FTR, I’m a big @BenSasse fan & appreciate him as a true conservative….even if he’s a Cornhusker fan. OTOH, they’re #B1G so that’s okay

And he heard from a few critics as well, including Sean Hannity.

One of the biggest mistakes in my career was supporting @BenSasse Just useless. https://t.co/bYReWFdfKO