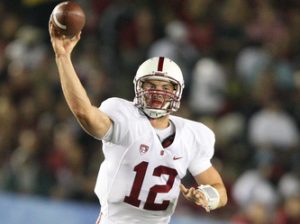 It’s the Pac 12 vs. the ACC, as No. 18 Stanford and North Carolina square off in the Hyundai Sun Bowl in El Paso, TX.

Stanford enters this game on a five-game winning streak, having put up a lot of points against some Pac 12 rivals to close out the regular season. But the man most responsible for putting up those points will not play on Friday. NFL-bound running back Christian McCaffrey is sitting out this game so as not to risk an injury which could potentially hurt his draft standing. It will be interesting, for sure, to see how the Cardinal offense fares without him.

North Carolina had their moments in the ACC this season. Road wins against Florida State and Miami are never anything to sneeze at for an ACC squad. But a blowout loss against Virginia Tech and a squeaker of a loss against Duke ultimately doomed the Tar Heels in the ACC title hunt. Still, they ended up in a decent bowl game, and have a chance to finish off the 2016 season in fine form.

Kickoff is at 2:00 p.m. ET. CBS will broadcast the game live. Brad Nessler calls his first college game for CBS, taking over for the retiring Verne Lundquist. Nessler will be joined in the booth by Gary Danielson. CBS Sports will also stream the action on its website, as well as its app. The CBS Sports app can be downloaded via the Apple app store, the Google Play store, and the Windows store.