Joe Walsh Knows Why Obama Hates Israel So Much, Because He’s Muslim Of Course 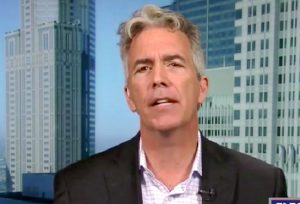 Former Illinois congressman Joe Walsh cranked it up to 11 yesterday as he floated unfounded theories about why Barack Obama “hates Israel:” the president is a secret Muslim.

The representative-turned-conservative radio host said on Twitter that the truth of the matter is “not complicated,” and that there are a lot of people in the media and in Congress who agree with him. According to Walsh, the only reason more people aren’t saying they agree with him is due to fear of public retaliation.

For the past week, everybody has been asking again why Obama hates Israel. The answer is simple really: I think Obama is Muslim. /1

I say it because I believe it. Look, I know there are many other radio talk show hosts, many other members of Congress… /3

…many other Fox News personalities who privately believe Obama is Muslim but are afraid to say it publicly in fear of losing ratings. /4

For better or worse, I'm not afraid to say it publicly. I think Obama is Muslim. I think in his head and in his heart he has always been. /5

And I think it explains Obama's hatred toward Israel and explains his weakening of America these past 8 years.

It's not complicated. /x

Under @BarackObama, Iran gets a deal and Israel gets screwed.

Walsh is an ardent Donald Trump supporter, and has been known to make controversial statements about Muslims and other subjects. Walsh drew attention towards the end of the 2016 Election after he threatened to grab his “musket” if Trump lost to Hillary Clinton.

Though Obama is a Christian, Trump has dabbled with conspiracy theories in the past which suggest that his predecessor is a Muslim and foreign born. In the past week, Trump has blasted Obama and the United Nations due to the resolution condemning Israel for continued expansion of settlements in a number of disputed territories.