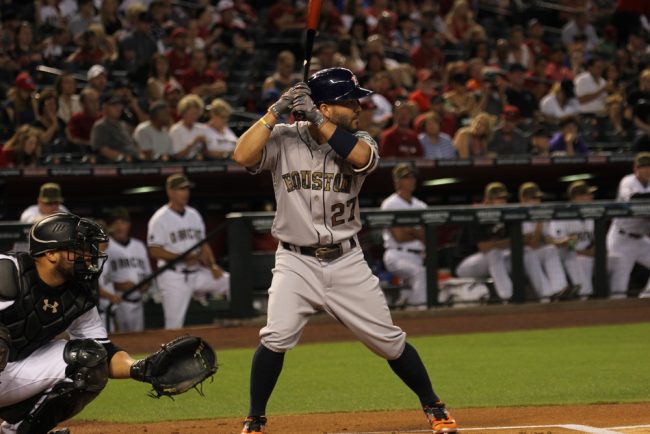 The American League Championship Series begins Friday night at Minute Maid Park — as the New York Yankees, fresh off their ALDS triumph over Cleveland, head to Houston to take on the AL West champion Astros in Game 1 of a best-of-seven for the AL pennant.

The Yankees shook off a devastating Game 2 ALDS defeat against Cleveland, and stormed back to defeat the Indians in five. Now, after an emotional series which went the distance, the Bronx Bombers head right back out on the road to take on a hot Houston club.

The Astros, conversely, have had three days off following their ALDS conquest of the Boston Red Sox. Apart from a Game 3 thrashing, the Astros played a superb series against Boston — taking down the Sox in four. They’ll have the home-field advantage as they take on a young New York squad, in front of what should be a raucous crowd Friday night.

Dallas Keuchel gets the Game 1 start for Houston. Masahiro Tanaka, off of a sparkling ALCS start against Cleveland, takes the ball for the Yankees.

First pitch is at 8:08 p.m. ET. The game will air on Fox Sports 1. Joe Buck and John Smoltz have the call. The action can be streamed free with a cable subscription on pc, cell phone, or tablet via Fox Sports Go — which can be downloaded via the iTunes store, and the Google Play store.