‘I Don’t Want to Hurt’ Them: Trump Expands On Reversed Decision to Not Prosecute Clinton

‘I Don’t Want to Hurt’ Them: Trump Expands On Reversed Decision to Not Prosecute Clinton 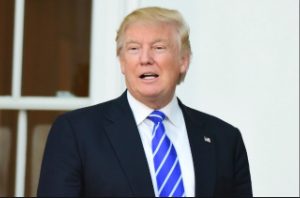 During his meeting today with The New York Times, President-elect Donald Trump expanded on his decision to not ask a special prosecutor to look into Hillary Clinton like he said he would.

Throughout the 2016 election, one of Trump’s biggest rallying cries was about how Clinton must face justice for using a private email server and possibly exposing classified information while she was secretary of state. While some of Trump supporters accepted Trump’s decision to look ahead, others were not so impressed by the reversal.

As part of his broad interview with the Times, Trump was asked whether he would definitely not pursue charges against Clinton. This is what he had to say:

Trump says "no" when asked if he is taking investigations off the table for Clintons but adds he doesn't want to "hurt the Clintons."

“I don’t want to hurt the Clintons, I really don’t. She went through a lot and suffered greatly in many different ways."

Says he wants to move on and move forward. "I'm not looking to go back and go through this," Trump says.

Trump on disappointing his supporters re Clinton: "I don't think they will be disappointed…" 1/2

2/2 "I think I will explain it that we in many ways will save our country."

Trump also seemed ambiguous on whether he would also concern himself with the Clinton Foundation:

"My inclination would be for whatever power I have on the matter is to say let's go forward.This has been looked at for so long, ad nauseum"

"I think it would be very very divisive for the country," Trump says about prosecuting the Clintons.

After winning the election, Trump hinted eleven days ago that prosecuting Clinton was not a major concern of his.