‘I Had Never Played a Dog Before’: The Best of George Clooney’s Reddit AMA

‘I Had Never Played a Dog Before’: The Best of George Clooney’s Reddit AMA 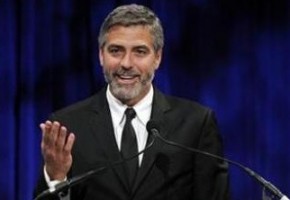 What do cat poop, gay dogs, Batman nipples, cobblers, and spy satellites in Sudan have to do with each other? Because before today we certainly wouldn’t say George Clooney. But now we can, thanks to the actor’s recent AMA on Reddit, which, upon reading, is almost certainly authored by the actor himself.

Seriously, just read these answers and imagine that it’s George Clooney, whispering sweet nothings into your ear about pooping into his roommate’s cat litter box as a prank:

It took him a long time to figure it out. At first he figured out that I’d done it and then he found I spent the whole week planning it out. And if you know Richard Kind’s work from Spin City or other things he’s a big, loud guy. Once he fully realized what was going on, he just yelled, “I understand humor, defecation doesn’t make me laugh.” Which I suppose should go on someone’s tombstone.

Or playing a gay dog on South Park:

Sparky the gay dog? It was sort of a surprise for me, I mean, here’s something odd, I had never played a dog before. To finally play Sparky the dog was something that I think pretty much completed my career.

Or even being happy that he’s been compared to the NSA, but a nice version that monitors genocide in Sudan via satellite (which was the point of the AMA):

…we’ve found evidence of mass graves that everyone was denying. Satellites are really expensive to get pictures with, and we’re doing it everyday, and it works best when we have people on the ground also pointing us in the right direction. We know that it’s been effective though because a lot of the violence is now happening only at night or under cloud cover. President [Omar] al-Bashir has actually complained that I’m spying on him. And I’m fine with that, I feel good about that.

It’s tricky cause Sandy drinks so much that oftentimes it’s just hard to keep her upright. No, you know, Sandy and I have known each other for over 20 years and we both were struggling actors when we first met. She was dating a friend of mine at the time who’s still a good friend of ours. Every time we’re together it’s funny. She’s somebody I adore, really, she’s just fun to be in a room with. I’m sure people will assume people aren’t quite who they appear to be on screen–they’re shorter or taller or meaner or dumber–but Sandy is exactly what she appears on screen, an incredibly charming woman who’s really just fun to hang out with. Very smart and centered, even though she does drink a lot.

And, of course, here’s the best context-less pull quote of the night:

I was playing a pediatrician on a hospital show and all of a sudden I get to murder people? I thought that was pretty great.