Inside The Twisted Young Mind of Eli Roth

Inside The Twisted Young Mind of Eli Roth 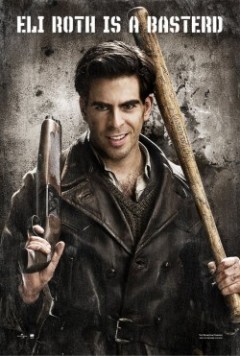 But then I saw Inglorious Basterds, and was conflicted, because I loved that movie and also, he was pretty hot. In my subsequent nerdy research on it (btw Quentin Taratino on Charlie Rose may be the best ep you’ll ever see), I discovered that Roth had actually been a bit of a Jew-mentor to Tarantino, which was interesting, so I checked out his Twitter. It’s clearly a personal Twitter, for about 12K loyal followers, and from it I learned that Roth had shot a commercial for PETA, which was confusing (“Eli Roth speaks out against violence”…wha?) and, today, that glitter doesn’t wash easily out of chest hair (oh, the perils of being a Bear Jew).

(As a side note, there is a lot of fetishism that comes up when you Google “Bear Jew.”)

But the most interesting thing I learned from Roth’s Twitter was this: He’s been this way his whole life. He discovered his old sketchbook from sixth grade and posted Twitpics of the…artwork he found there. Turns out young Eli enjoyed drawing pictures of people being stabbed, impaled, shot, hung and vivisected by chainsaws. His notebook cover says as much: “Warning: This Contains Tohture.” 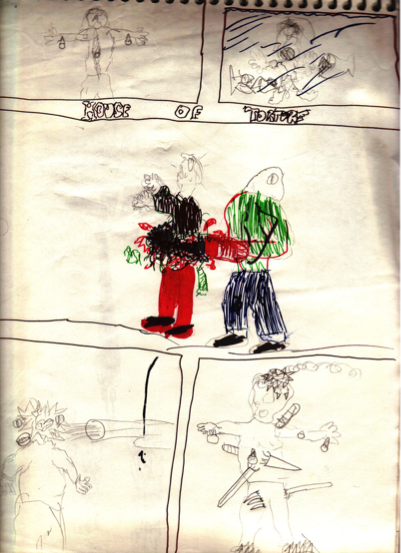 Writes Roth: “It’s kind of awesome and depressing to realize that all your ideas came from 6th grade.” This next illustration does show an impressive attention to detail: the protruding tongue of the hanged man; the oversized exit wound from the bullet hole; the gushing blood from the detatched leg; the “Power On/Off” switch, presumably for some sort of electrocution. 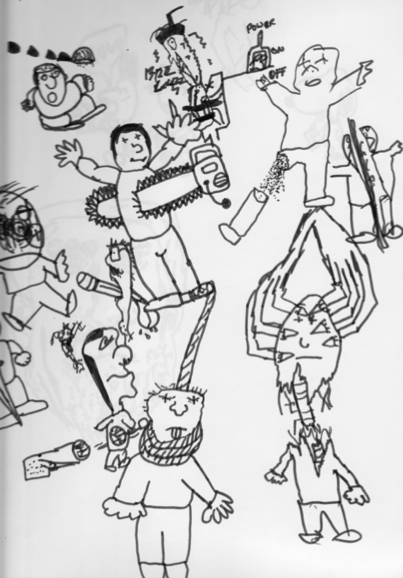