Is President Obama Giving Hollywood A Pass On Media Violence? 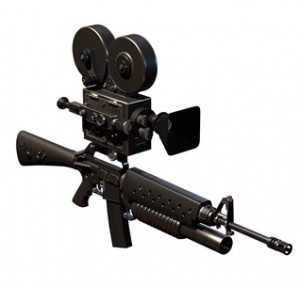 President Obama made a very passionate speech today about gun violence, but former CNN anchor Campbell Brown thinks there was something important missing from it: making Hollywood culpable for so much violence in the media. In an op-ed for The Wall Street Journal, Brown slams Obama for ignoring “the increasingly graphic violence so pervasive in television shows, movies, and vidogames,” and cites two groups’ findings on how young children are influenced by such violence.

Brown recommends that the Federal Communications Commission should start taking more action to restrict violence on the public airwaves, and calls out the Motion Picture Association of America for prioritizing language over violence in its ratings system. But she saved her harshest criticism for the president.

“The president has plenty of other influential friends in Hollywood. According to the Center for Responsive Politics, Mr. Obama’s presidential campaign raised millions of dollar in direct donations from the entertainment industry, and millions more for his Super PAC, Priorities USA Action…

The president has been more than willing to challenge the National Rifle Association, but that is like a Republican president standing up to labor unions—not a move that risks anything with his core supporters. Mr. Obama could show some real bravery by taking on Hollywood.”