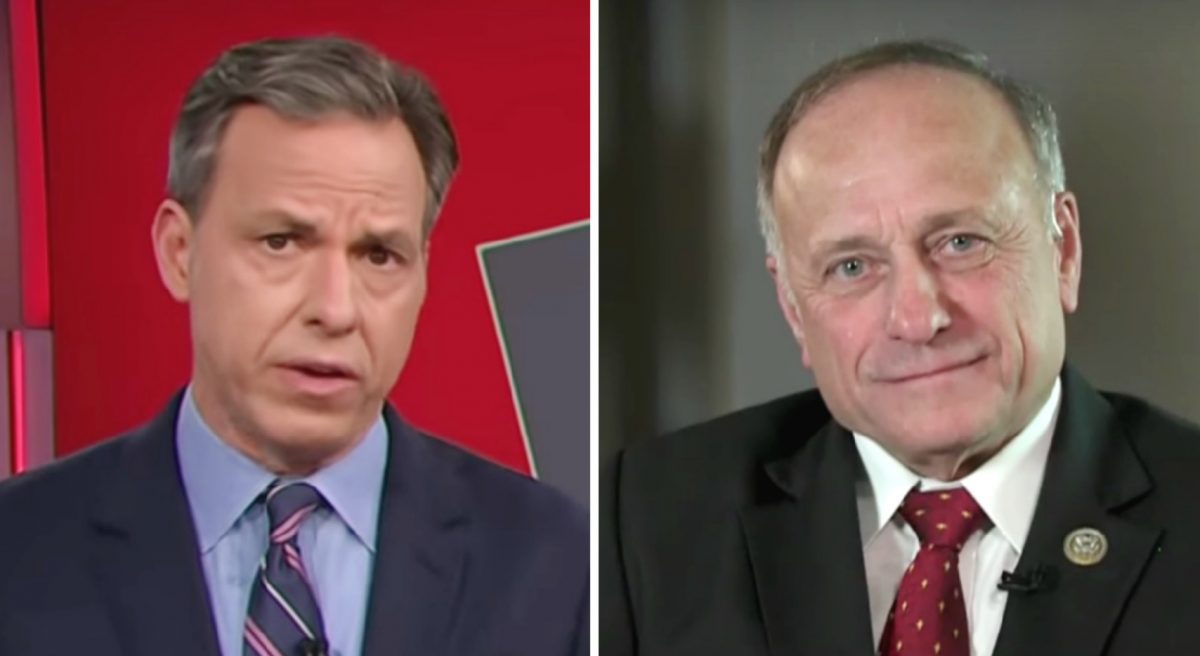 On Friday morning, Rep. Steve King (R-IA) Tweeted the following in response to a picture shared by Michael Avenatti of seven young boys sitting at the McAllen, TX airport who are said to have been separated from their parents.

“Young boys” all old enough to be tried as adults or serve in the military and are prime MS-13 gang material & certainly grew up in the culture of one of the top 10 most violent countries in the world. https://t.co/r8Ur40tqhd

“He RTed a literal Nazi the other day and now Congressman King is spewing pure bigotry about underage kids,” the CNN anchor wrote.

He RTed a literal Nazi the other day and now Congressman King is spewing pure bigotry about underage kids. https://t.co/LQq02D6x1x

The tweet to which Tapper was referring was a June 13 dispatch — in which King endorsed a sentiment expressed Mark Collett, a British activist who is a self described admirer of Adolf Hitler.