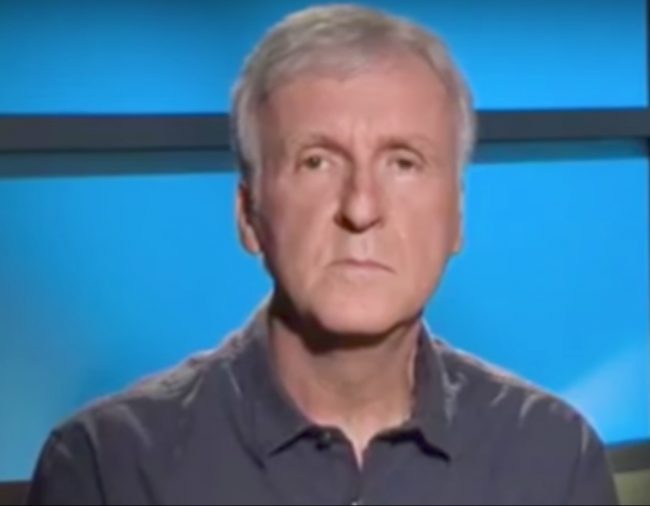 In an interview with The Guardian, Cameron said he believed Wonder Woman represents “a step backward” from Sarah Connor — the female protagonist of the Terminator series.

“All of the self-congratulatory back-patting Hollywood’s been doing over Wonder Woman has been so misguided. She’s an objectified icon, and it’s just male Hollywood doing the same old thing! I’m not saying I didn’t like the movie but, to me, it’s a step backwards. Sarah Connor was not a beauty icon. She was strong, she was troubled, she was a terrible mother, and she earned the respect of the audience through pure grit. And to me, [the benefit of characters like Sarah] is so obvious. I mean, half the audience is female!

Many on Twitter criticized Cameron. Here is a sample of the reaction:

“Wonder Woman is a step backwards.”

The most important thing to note about this story is the slug, which begins “He says…” https://t.co/3MWYPBze0j

Is this the same James Cameron who routinely polled his all-male crew to ensure a lady alien was fuckable, or is that a different dickhead? https://t.co/9AXfkVacD0

No James Cameron. Just No.

This is EXTREMELY disappointing to hear from 1 of my fav filmmakers.

Equally as disappointing as AVATAR. https://t.co/SuRQKV93Is

Don’t you have 10 Avatar movies to make for no one https://t.co/igB80SRSiU

I think Mr. James Cameron should take a step backwards! In the hands of @PattyJenks & @galgadot, #WonderWoman was anything but objectified! https://t.co/ntlDw7Ntpa

James Cameron is absolutely one of those dudes who’s way to eager to tell everyone how attractive he finds Brienne.