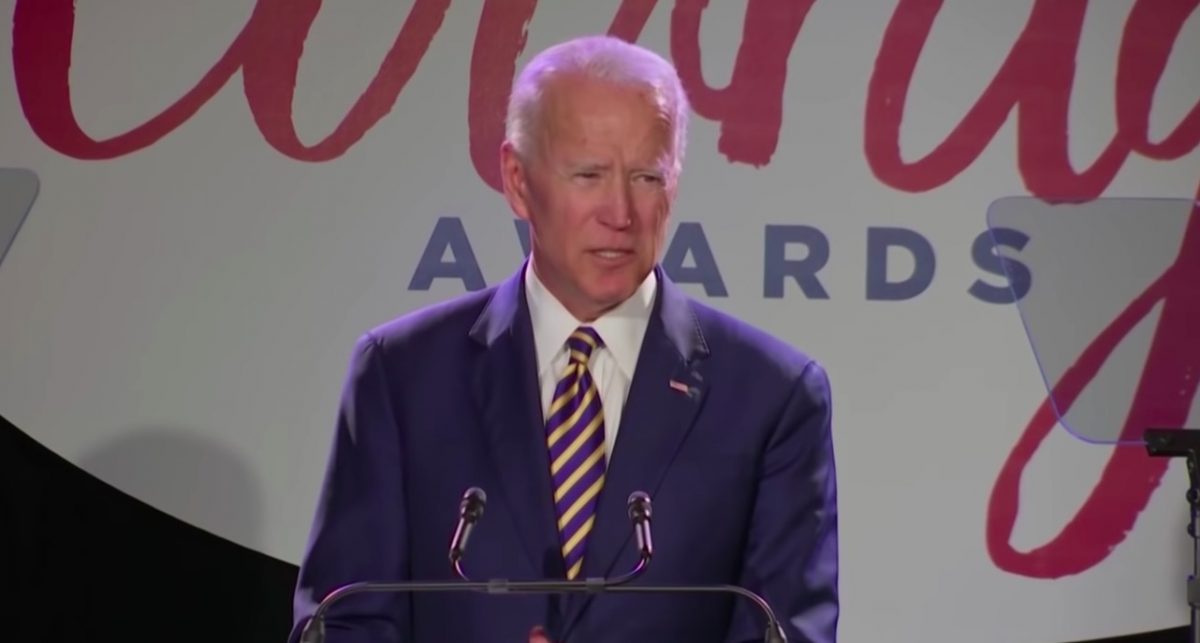 Progressive activist and former Nevada assemblywoman Lucy Flores accused former Vice President Joe Biden of inappropriately touching her and kissing her head during a 2014 campaign event for her run for Nevada lieutenant governor.

This was an incredibly difficult thing to do, but something that felt necessary. It took awhile before I found the words and the support that made me feel like this was finally a story I could tell. https://t.co/Sr5Go3xuTe

In a first-person story for The Cut, Flores wrote the incident, which took place while Biden was VP, began when Biden grabbed her shoulders as they waited backstage to go speak at the event.

“I felt him get closer to me from behind. He leaned further in and inhaled my hair,” she wrote.

Pundits and journalist reacted to the news by noting that the disturbing story was not surprising, given that videos of Biden’s creepy public conduct have already gone viral. Others predicted many more will come if he chooses to run in the 2020 Democratic primary — where he is currently polling ahead of the pack.

Check out a few of the reactions below:

Someone who actually knows and cares about Joe Biden has to see that running will wreck his reputation right?

I bet Biden won’t run. He wont want issues like this to besmirch his career. https://t.co/PDSgbFX0RO

Biden has a public history of uncomfortable/inappropriate/ problematic touching and hugging and kissing. It’s been caught on cameras. We’ve all seen it. And stories like these will pop up during a campaign, should he choose to run. https://t.co/wCo5gwLVqA

also, this wasn’t some ancient history. it was in 2014, when Biden was 71. almost certainly hundreds of these incidents. absolutely disqualifying

Wow – this piece by Lucy Flores speaking up about Biden’s creepy behavior. https://t.co/wMY6GSH5aa Seems like there will be so many more stories like this. Fits into the piece I did in 2017 on why Biden is a bad choice for Dems in this MeToo era https://t.co/D3z0esSyST

Mark my words: @JoeBiden is done before he even gets started. He is a relic of 20th century in a world that needs something radically new… “Why is the vice-president of the United States touching me?” https://t.co/BjasF5Bl48

Trouble begins for Biden. This will almost certainly not be a “one-and-done” story. https://t.co/0oDK8qP3Cj

This is deeply horrifying and extremely credible based on everything we’ve ever heard or seen from Joe Biden with our own eyes. He cannot run. https://t.co/gz3ilt4XNC

“As I was taking deep breaths and preparing myself to make my case to the crowd, I felt two hands on my shoulders. I froze. ‘Why is the vice-president of the United States touching me?’”

A jaw-dropping read about @JoeBiden: https://t.co/2fpcuNo7Va