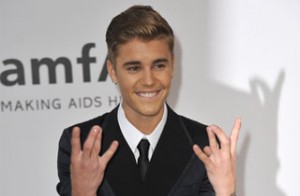 Justin Bieber won’t have such a great time if he ever returns to Argentina, per a judge’s order for the singer’s arrest in April. But the Canadian export to the United States can always avoid that particular chunk of South America. As for his homeland up north, that’s another matter entirely.

Why? Oh, no reason in particular — just the fact that Bieber was found guilty of assault and careless driving. He was arrested in Ontario, Canada in September 2014 after getting into a car accident and fighting with the other driver.

Assault conviction comes with a general victim surcharge. But his victim, a paparazzo, is twice his size and ably defended the blows.

Of course, Bieber wasn’t actually in attendance at the hearing. Per the devilish pact Biebs signed with Usher back in the day, he can never again leave the clutches of Los Angeles.

He had no criminal record anywhere at the time of his crimes, although evidently there have been subsequent events in LA.

This is going to be yet another fun day for the Internet, methinks.