Katie Couric Should Apologize to Victims of Gun Violence, Not The Gun Nuts She Helped Out
Opinion
VIDEO

Katie Couric Should Apologize to Victims of Gun Violence, Not The Gun Nuts She Helped Out 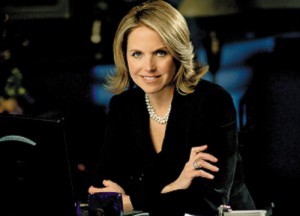 To hear conservatives tell it, Yahoo News anchor and executive producer of the documentary Under the Gun Katie Couric committed high crimes and misdemeanors against gun-nuttery when one of her editors followed a question about background checks with eight seconds of silence, when in reality, the group of gun enthusiasts had given immediate responses. Couric has apologized, because of course she has, but it doesn’t seem like anyone has actually stopped to listen to the answers Couric’s editor cut out of the film, because if anything, she should be apologizing to the families of all the gun violence victims, not the gun nuts. She did the cause of unfettered access to guns a huge favor.

Really, she did them several favors, because not only did that edit cover up the completely insane and stupid answers these people gave, Couric also failed monumentally even in the interview. Here’s the audio of the two minutes following that fateful question, which was, “If there are no background checks for gun purchasers, how do you prevent felons or terrorist from walking into, say, a licensed gun dealer and purchasing a gun?”

Listen to what these idiots said, and tell me that eight seconds of silence isn’t a huge improvement:

“If you’re not in jail, you should still have your basic rights.”

So if you’re a terrorist or a felon…

“If you’re a felon and you’ve done your time, you should have your rights.”

Currently, our background check system doesn’t cover “private” sales at gun shows, but this guy is saying we shouldn’t even have the insufficient protections that surround that loophole. He’s saying that a convicted murderer, even a terrorist, ought to be able to walk out of prison, into a gun store, and purchase all the firearms he wants. For years, terrorist groups have encouraged and planned a Mumbai-style attack in the United States, which would be easy enough under our current setup. This nut thinks we’re doing too much to prevent terrorists and criminals from getting guns.

“What we’re really asking about is a question of prior restraint, how can we prevent future crime by identifying bad guys before they do anything bad. And the simple answer is, you can’t. And particularly under the legal system we have in the United States, there are a lot of Supreme Court decisions that say no, prior restraint is something that the government does not have the authority to do. Until there is an overt act that allows us to say ‘That’s a bad guy,’ then you can’t punish him.”

Number one, this isn’t a question of “prior restraint,” which is a legal concept dealing with government censorship, which Couric should have known, and should have challenged. The courts have rejected the stupid-ass theory that prior restraint applies to the Second Amendment, which Couric also should have known. Keep in mind, these guys aren’t just talking about people on watch lists or other high risk individuals who haven’t committed crimes yet, they’re talking about convicted murderers, rapists, terrorists, kidnappers, attempted murderers, and domestic abusers who have been released from prison. Couric shielded the public from those insane views.

Well, some would argue since the Brady Bill was enacted, you know, people who have an opposing point of view, two million guns have been kept from the hands of criminals.

Really, Katie? “Some” would “argue” a fact that is objectively measurable and true?

Setting aside the ridiculous premise that no laws prevent crime, which is demonstrably false, the woman goes on to challenge Couric by saying “If that were the case, we would have seen a significant reduction in crime with the reduction of sales of guns to people,” to which Couric dumbfoundingly replies “Or we would have seen a smaller increase, and that, again, is hard to measure.” 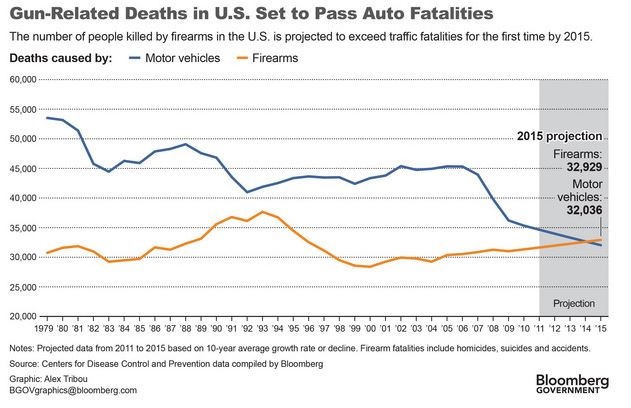 The documentary’s edit was dishonest, alright, but mostly to the sane people in America who don’t realize who it is they’re really up against when it comes to public safety and firearms.

This is what happens when you try and play the “both sides” game, and one of the sides is clearly insane. Even when you do them a favor, they scream bloody murder because you’re not helping them enable enough bloody murder.