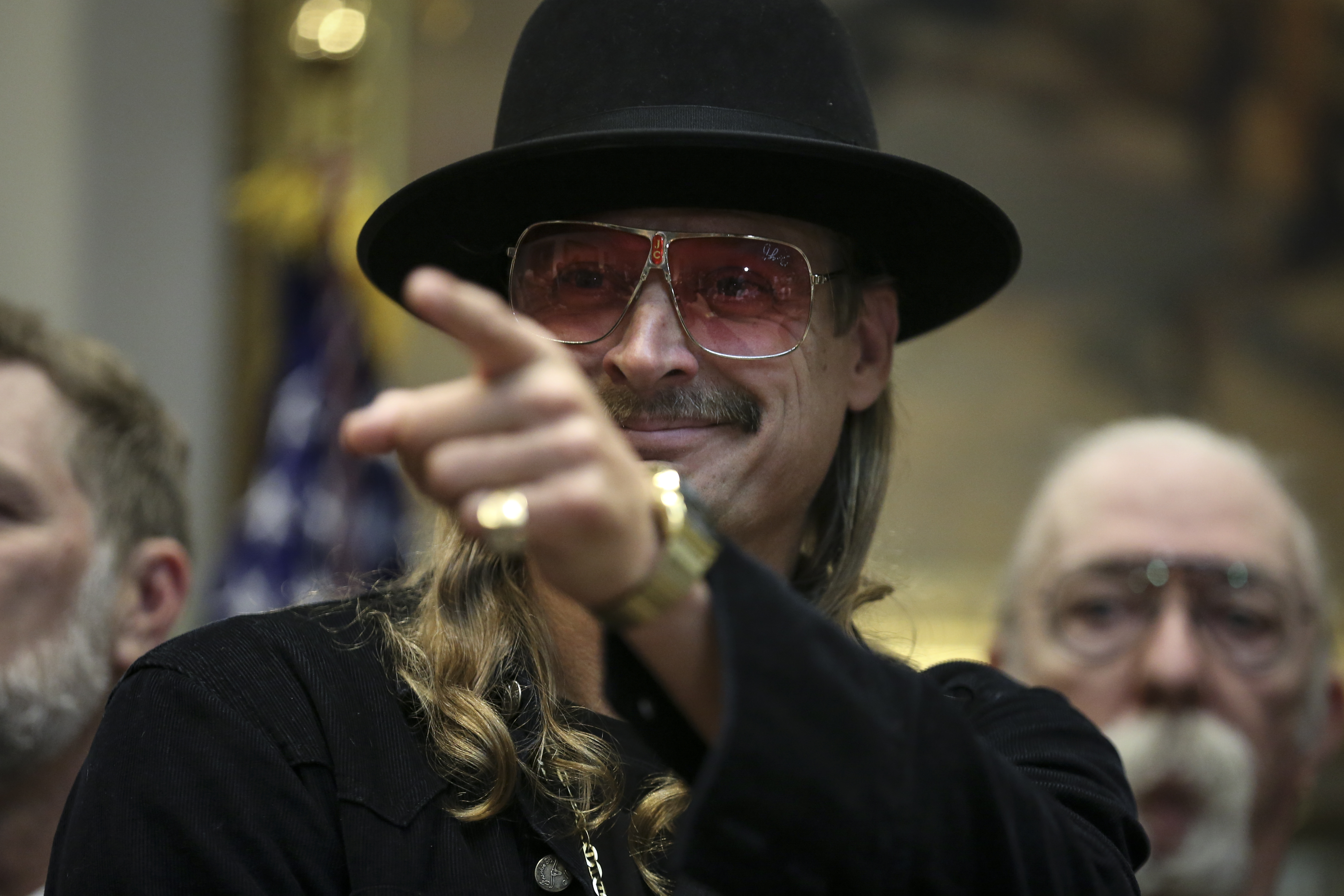 Kid Rock said Friday that Taylor Swift is only a Democrat because she wants to be in movies, then made a joke about her performing oral sex on “Hollyweird” to get there.

“Taylor Swift wants to be a democrat because she wants to be in movies….period. And it looks like she will suck the door knob off Hollyweird to get there,” said Rock. “Oldest move in the book. Good luck girl.”

Taylor Swift wants to be a democrat because she wants to be in movies….period. And it looks like she will suck the door knob off Hollyweird to get there. Oldest move in the book. Good luck girl.

Swift has slowly been making her way into the political scene with her actions as of late. “Rights are being stripped away from everyone who isn’t a straight white cisgender male,” she boasted in Vogue’s September issue.

The singer also said she hadn’t spoken up on politics during the 2016 election because Donald Trump had been “weaponizing” celebrity endorsements with his “man of the people” motto. She also said no one really liked her around then. “All people were saying was, ‘she’s calculated,’ ‘she’s manipulative,’ ‘she’s a liar,'” Swift said of herself in the Vogue article.

The music video for her recent song “You Need to Calm Down” ended with a plea for fans to sign a petition for the Equality Act, aimed at ending LGBTQ discrimination.

Many on Twitter pointed out the misogyny in Kid Rock’s tweet, and some even tore down his own “man of the people” facade.

Taylor Swift is inarguably one of the biggest stars in the world while Kid Rock has sucked up to the MAGA crowd in a desperate attempt to return to relevancy. Such a ridiculous projection. https://t.co/pxb7TLAmf7

I’m boycotting Kid Rock’s music because of stupid shit like this. It’s America son, people have the right to pick what party they want to belong too. If you don’t like it leave it.

Kid Rock grew up in a wealthy family on a sprawling estate, never wanted for anything, and built a bullshit image of being a hardscrapping, white trash country “rapper” from Detroit to sell shitty records.

A small reminder that Kid Rock’s image as a normal white man of the people is about as accurate as Donald trump’s. https://t.co/riu7dnYbNF

Imagine tweeting something like this about anyone, but specifically a victim of sexual assault who made their case public. This is disgusting @KidRock and you should be ashamed. Nashville won’t ban scooters but we let this dude have a bar with an ass on it. Shame all around. pic.twitter.com/m0wm05aXxo

You are 50 and go by Kid Rock.
You sample other artists material for your own.
You and the dude from Creed, CREED! were filmed getting BJ’S from groupies.
You were arrested for fighting w/a dude at the Waffle House.