Kirsten Powers Mocks ‘Wacko Bird’ Shutdown: ‘Gov’t of, for, and by the Fringe’

Kirsten Powers Mocks ‘Wacko Bird’ Shutdown: ‘Gov’t of, for, and by the Fringe’ 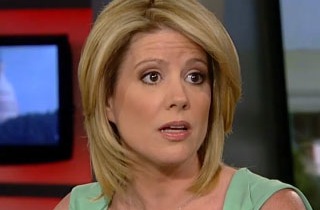 “On what planet is 19 percent of the population the expression of the will of the American people?” Kirsten Powers asked in her Daily Beast column Tuesday morning.

At issue is Ted Cruz and his allies’ claim that they are merely enacting popular will by blocking the funding of the Affordable Care Act. ObamaCare remained unpopular on the eve of its implementation, their logic went, so they were on the people’s side in taking it down.

Not so, Powers argued:

In a widely touted USA Today/Pew Research survey, 53 percent of Americans expressed disapproval of Obamacare. But of those 53 percent, just 23 percent of the total population said they wanted Republicans to do what they could to kill the health-care law. A Kaiser Family Foundation poll asked, “Would you say you approve or disapprove of cutting off funding as a way to stop some or all of the law from being put into place?” Defunding was opposed 56-37. When the possibility of a government shutdown was factored in, there was even less support. In the CNBC All-America Economic Survey, opposition to defunding under those circumstances was 59-19.

“The GOP has routinely conflated disapproval of or confusion about Obamacare with a desire to defund the law,” Powers added. “Now they seem to believe that the American people want to defund the health-care law so much that they are willing to drive the American economy off a cliff. It’s beyond delusional. This is government of, for, and by the fringe.”

Powers noted that a similar situation had emerged in 2007 over funding for the Iraq War, which at the time was very unpopular. But she contrasted the Democrats’ actions against the war’s funding, which were more constructive and less unrelenting, to the GOP’s current campaign against ObamaCare:

Did the Democrats take the U.S. government to the brink of disaster to get this accomplished? No, they didn’t. They included a timetable in an Iraq War spending bill. President Bush vetoed it, and Democrats relented in the face of outrage from their liberal flank. It’s worth noting that the Iraq War was a demonstrable mistake involving life and death. Obamacare is essentially government-run health insurance that hasn’t even fully launched. The hysteria and hostage taking of Wacko Bird Inc. is not reasonably matched to the current situation.