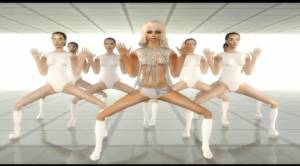 I have never gotten into the Sims thing (sorry, Chuck Klosterman), but the Sims version of Lady Gaga’s “Bad Romance” is pretty darned amazing.

Put together by YouTube user “SleepyBum682” (the Internet’s most nefarious gift: ridiculous online handles), the video pays meticulous and loving attention to detail, as anyone who has paid meticulous and loving attention to the Bad Romance video can tell. On the sidebar, SleepyBum goes through the intricacies of how the otherworldly Gaga was created (it seems like most online communities, the Sims-making community is very collaborative and helpful — for example, (s)he thanks user “Serkiro” for the “Alexander McQueen” hair: “I just remeshed it and recolored it. It’s found at RoseSims2.net”). 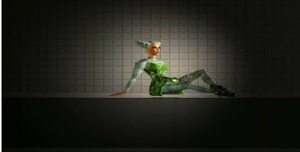 From attributions like that, it looks like this video is an expertly stitched together mash-up of various component Sims parts rather than stand-alone animation. Either way, Impressive.

God is in the details, and they are (mostly) all there, from the bathtub to the weird scary cat to the orbit to the Alexander McQueen shoes (though fans of the polar bear head cape-train will be disappointed). I particularly enjoyed the verisimilitude of the red Gaga outfit at the end. Speaking of verisimilitude, the dance moves actually captured the type of movement in the BR vid – as commenter “Zaphraud” says, it was “sims dancing like﻿ people dancing like sims!” Ha. Well played.

Hat tip to Matt Cherette for the find (though I’m 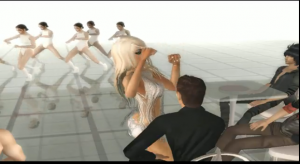 embarrassed to say that I knew it was in production because I spent a LOT of time with YouTube results for “Bad Romance” a few weeks ago. Anyway, I’m better now). It really is worth a look below, even just for the Sims sex (just kidding, they keep it as clean as the video. Burning bed metaphors more than suffice). But this Sims video is a great example of why the Internet is such a ridiculous and sublime and wonderful plaything — and it’s one more reason to love it, silly handle-names aside. Or, put another way, this is what happens when people on the Internet want its love, and don’t just want to be friends. Ra-na-na. 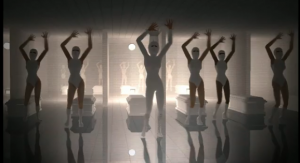 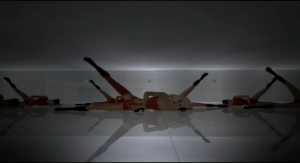