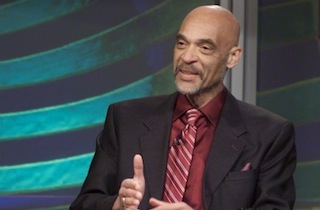 During a segment on Al Sharpton’s radio show, author and regular co-host Earl Ofari Hutchinson identified GOP rising star Ben Carson as a “black racial hit man” for conservative views, a figure who can make pointed and controversial statements with less fear of reprisal than a white conservative.

“Let’s put a black face, two or three would be better, a black face on all the dirt, all the muck, all the grime, just everything we can think of negative that the GOP has made their stock and trade the last few years,” Hutchinson said. “Let’s put some black faces, maybe some Latino faces, but especially black faces out there, because we know how African Americans think about—and rightly so—the GOP.”

“Now, I think Ben Carson fits into the plan,” he continued. “You take someone who, on the surface, has a compelling life story. Many people know that. They’ve read his book, they heard him lecture over time. They know his tremendous accomplishments as a medical professional, overcoming many odds. So, he’s almost tailor-made to be the stalking horse, to say stupid things, to say dumb things, but more importantly, to say very, very pointed things. In other words, he’s almost—no, not almost, he is the black racial hit man.”

Carson recently made headlines when he compared Obamacare to slavery, which drew scores of criticism but was also followed by a second-place finish in the Values Voter Summit straw poll.

“Essentially he can say things that a lot of white GOPers, conservatives, don’t feel comfortable saying, because if they say it they’ll be branded racist,” Carson said. “So we leave it to the Ben Carsons, the Herman Cains, the Clarence Thomases, the rare times he opens his mouth, for them to say these kinds of things, knowing that you might pause—hoping, anyway, that you might pause for a minute before branding them stupid, dumb, and most importantly, bigoted. So I think Carson fits into that.”

Listen to the whole clip below: