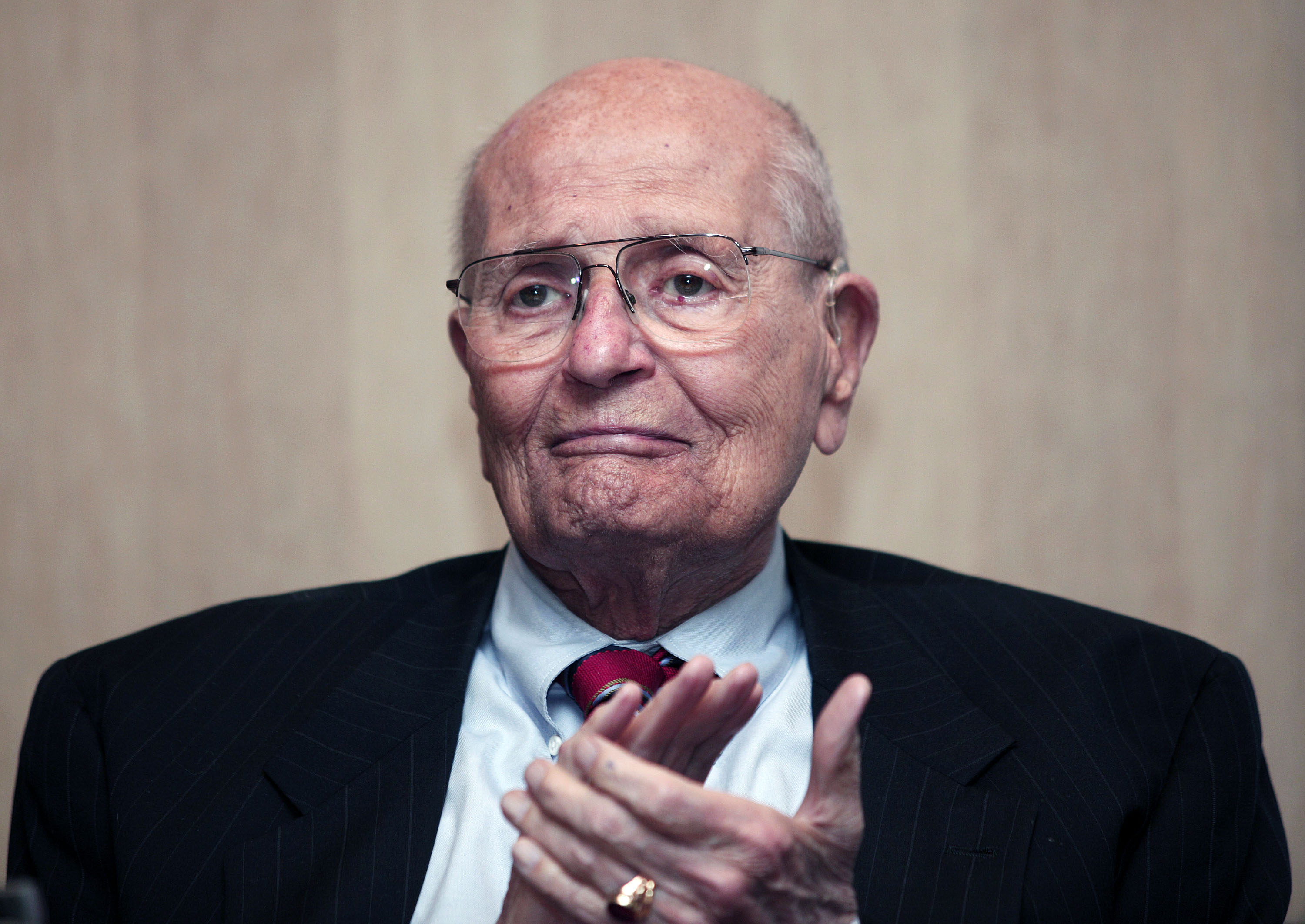 John Dingell, the longest-serving member of the House in U.S. history, died Thursday night at the age of 92.

In a statement put out by the office of his wife, Rep. Debbie Dingell (D-MI) — who succeeded John in 2015 after he had served 30 terms representing Michigan’s 12th district — announced that her husband passed away at his home in Dearborn, MI.

Members of Congress promptly took to Twitter to salute their longtime colleague. Here is a sampling:

America has lost a beloved pillar of the Congress & one of the greatest legislators in our history. @JohnDingell’s entire life was lived in service to our country. His leadership played an important role in the passage of both #Medicare and the #ACA. https://t.co/1nt6YqB0oe

John Dingell was a towering figure in Congress. He was a master legislator, known for his tireless preparation, good humor and dedication to public service and oversight. I was lucky to call John Dingell my mentor, and even luckier to call him my friend. He’ll be forever missed. pic.twitter.com/MjrgcQPD67

I am saddened to hear of the passing of former Congressman John Dingell. He leaves behind an incredible legacy of selfless public service. My thoughts are with @RepDebDingell and her family during this difficult time.

Sending my love to the Dingell family tonight. John was an incredible leader and statesman, and I was lucky to serve with him in the House. Prayers for peace and comfort during this time.

My thoughts and prayers are with my colleague @RepDebDingell tonight as she mourns the loss of her husband and former Representative @JohnDingell. Joe and I offer our sincerest condolences to you and your family during this difficult time.

Congressman @JohnDingell was a giant and a powerhouse for good who fought every day for his constituents in Congress. His dedication to public service should serve as an inspiration to everyone. My thoughts are with @RepDebDingell and their family. We lost a legend today.

America is a better country because of @JohnDingell and his decades of service to our country. My heart goes out to @RepDebDingell & the Dingell family at this time. https://t.co/y0dzDABN2W

So sad about the passing of Congressman John Dingell. He leaves an incredible legacy after almost 60 years serving in the House.

John Dingell was a legend and I am so sad to hear of his of passing. He will be sorely missed. Sending my warmest wishes to my good friend @RepDebDingell and their entire family.

We will miss you, Chairman Dingell.

John Dingell was a giant. His fingerprints are on countless pieces of legislation that form the framework for our country, and no one told a better story. He will be missed but he will never be forgotten. Thinking of @RepDebDingell and his family today.

.@JohnDingell was truly one of the greatest FDR Democrats in the modern era. A master legislator, few people in our history, with the exception of US presidents, had such a profound influence on the issues that matter most to Americans. My heart is with @RepDebDingell and family.