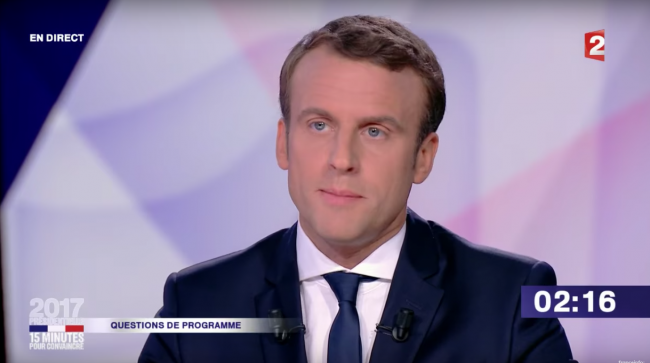 The campaign for French presidential candidate Emmanuel Macron has come out and said they have been the target of a “massive” hacking operation.

According to Reuters, a “large trove of emails” from Macron’s campaign was posted online:

Some nine gigabytes of data were posted by a user called EMLEAKS to Pastebin, a document-sharing site that allows anonymous posting. It was not immediately clear who was responsible for posting the data or whether the emails were genuine.

The French election takes place this weekend, and according to Reuters, the Macron campaign is alleging that real and fake information is being mixed together:

UPDATE: Macron campaign says it has been the victim of a massive, coordinated hacking operation. https://t.co/dZ210WM8aZ pic.twitter.com/z4ahmtDsCV

MORE: Authentic documents stolen are being mixed up with fake documents online to sow doubt and misinformation – Macron campaign https://t.co/s6TPSxCieT

One official on Macron’s campaign had told the New York Times last month that they had concerns about potential Russian interference as they were being targeted online:

Mr. Mahjoubi said in an interview Monday and earlier in April that he had no proof of a Russian role, but that the nature and timing of so-called phishing attacks and web assaults on the Macron campaign had stirred worries that Russia was repeating in France what American intelligence agencies say was a concerted effort to undermine Hillary Clinton’s campaign.