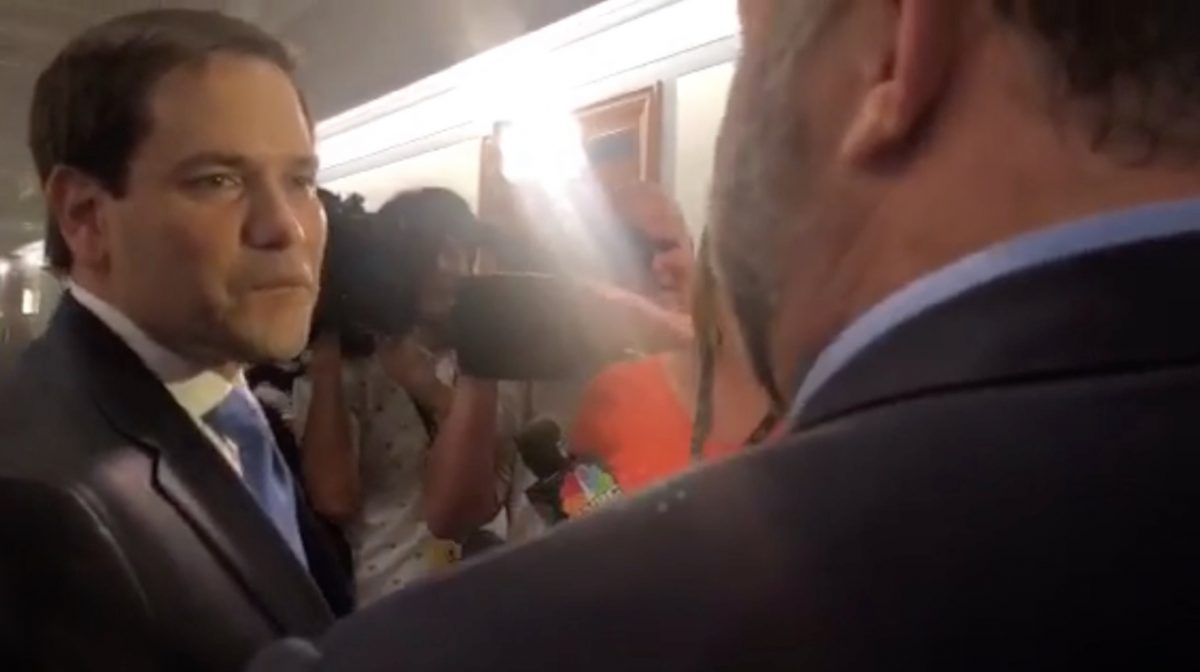 Jones patted Rubio’s shoulder at one point and Rubio told him not to touch him, saying, “You’re not going to get arrested — I’ll take care of you myself.”

Rubio subsequently addressed the confrontation with reporters and said the media is giving people like Jones “way too much attention,” adding, “We’re making crazy people superstars.”

Rubio, to reporters, on the Alex Jones interaction, via @tedbarrettcnn: “I know you’ve got to cover them, but you give these guys way too much attention. We’re making crazy people superstars. So, we going to get crazier people.”

Rubio on Jones interaction per @tedbarrettcnn “I know you’ve got to cover them, but you give these guys way too much attention. We’re making crazy people superstars. So, [we’re] going to get crazier people.”

Sen. Marco Rubio describes being heckled by Alex Jones outside Senate hearing room this morning: “I see some scrubby guy walk up to me, step to me, acting all crazy. I didn’t know who he was. I know the name, I know all the crazy stuff, I just don’t know what he looks like.”

Jones was in D.C. today due to the big tech hearings. And in case you’re wondering how Jones took their confrontation, this is what he tweeted afterwards: 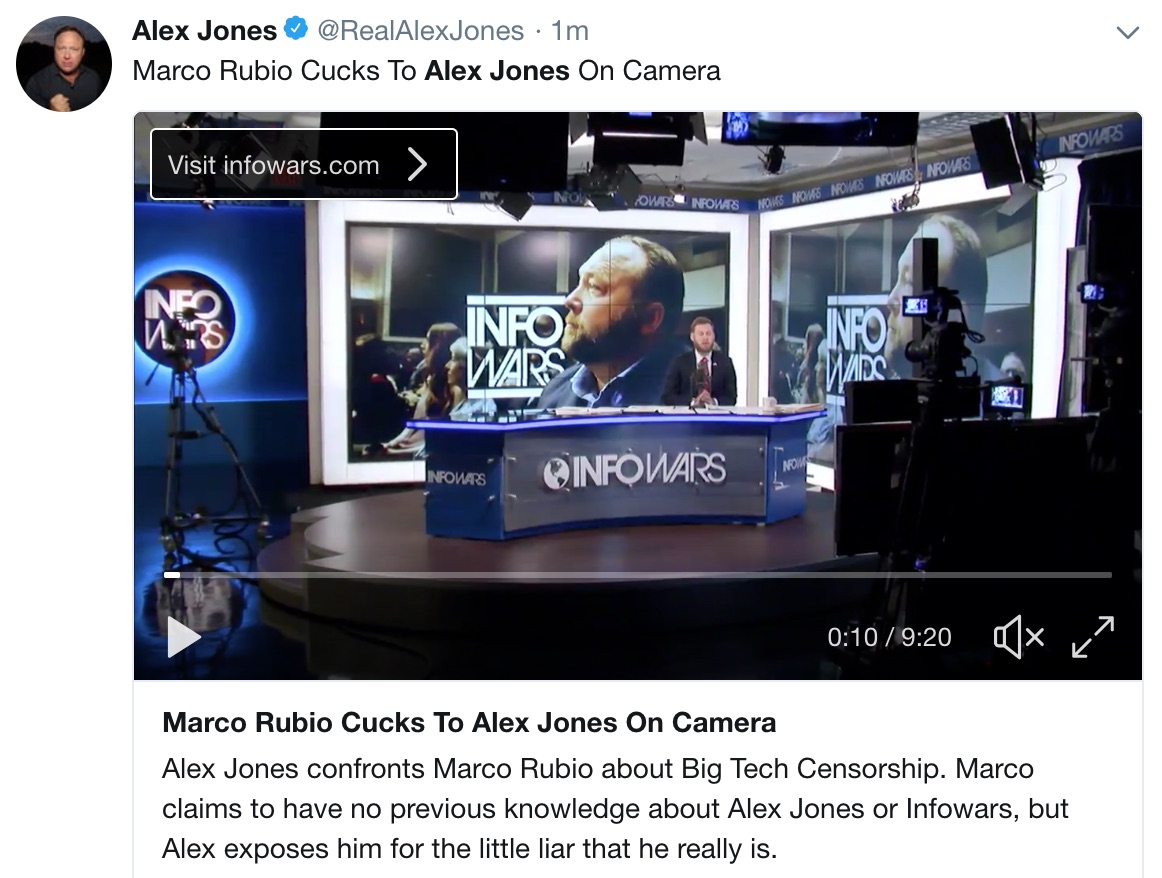 Rubio wasn’t the only person he confronted while there, per CNN’s Oliver Darcy:

Alex Jones is currently yelling at me pic.twitter.com/wNqCg9I6dt