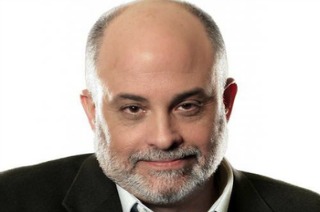 During his Thursday broadcast, conservative radio host Mark Levin exploded on “absolute jackass” Rep. Tom Cole (R-OK) for warning the GOP against pursuing a government shutdown in the coming debate over an extension of a continuing resolution to fund the government. During his severe admonishment of Cole, Levin praised Democrats for their party discipline. He scolded Cole and others for demonstrating that they only time they display discipline is when they are attacking their fellow Republicans.

Cole told reporters recently that he thought shutting down the government over the continuing resolution would be “unrelated” to the debate over spending and is the political equivalent of a “temper tantrum.” Cole said the GOP would be advised to avoid pursuing that course.

RELATED: Mark Levin: John Boehner And Obama ‘Cut Some Kind Of A Deal’ To Not Investigate Benghazi

“By the way, this is a Boehner lieutenant,” Levin said of Cole. “We’re talking about funding Obamacare with a continuing resolution that funds the entire government. How in any conceivable way is that unrelated? And how is it a temper tantrum?”

“This guy is an absolute jackass,” Levin. He identified a variety of Republicans who he said are undermining the GOP effort to halt the implementation of Obamacare. “Who the hell is throwing a temper tantrum around here but the Democrats in Congress, the president, and the Supreme Court?”

Earlier this week, Levin tore into House Speaker John Boehner (R-OH) who he said was probably colluding with President Barack Obama to forestall an investigation into the attack on an American consulate in Benghazi.