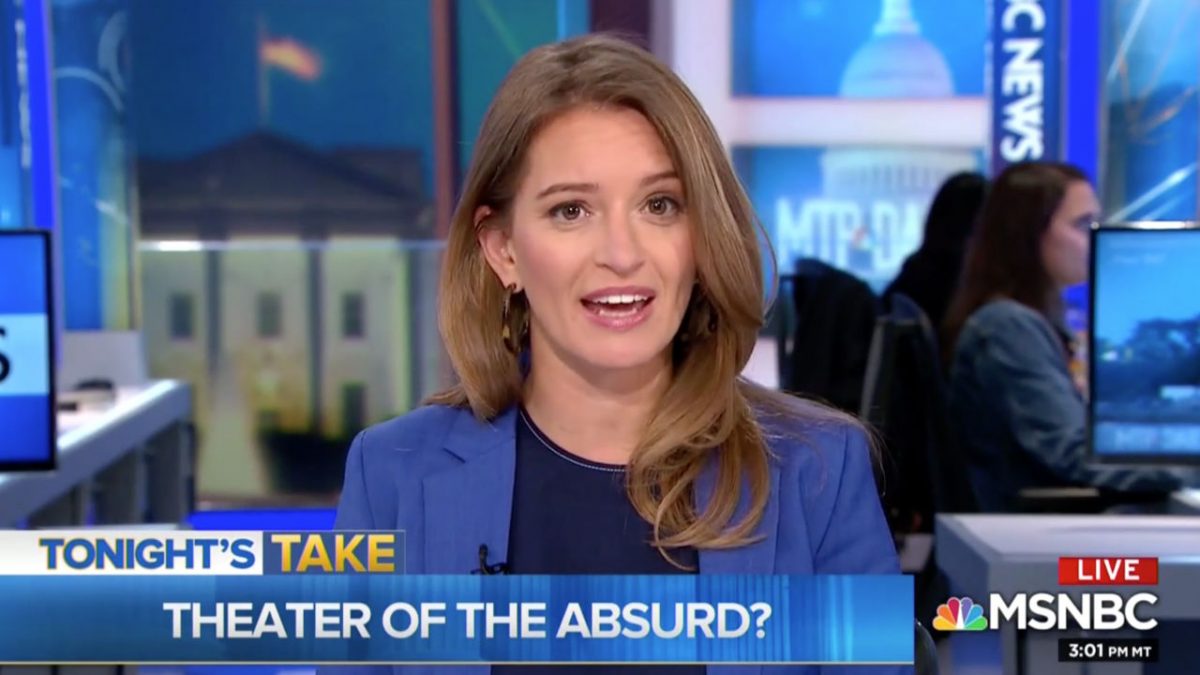 MSNBC’s Katy Tur tweeted that she would be fact-checking the multiple false statements President Trump made today:

The President lied or misled the American public 19 times this morning. We have an hour long fact check now. @MSNBC

American Conservative Union chairman Matt Schlapp responded by saying she should just “report the facts” and “leave the moral condemnation to others”:

Katy this is why the Natl media is literally unhinged from half of the country. Report the facts leave the moral condemnation to others https://t.co/BbziWAbnVu

Tur and a few other reporters fired back:

Where am I deviating from the facts here? This is a statement of fact. He lies. A lot. https://t.co/lICiXGN9DU

It’s all on tape. This is not her opinion. https://t.co/qrMSWxUoA1

So…report the facts, but don’t say when the President says things that are not factual? Got it. https://t.co/8ZkJFZ5Db7

Pointing out lies is LITERALLY reporting the facts. https://t.co/3TetRkQWWR

The state of the conservative movement: pic.twitter.com/SHLmQBTU37

Schlapp defended his tweet and got in a few more jabs at the media:

A tweet is too short but in many cases there is a dispute over objective facts including at the border. Perhaps neither side is lying. https://t.co/g28ZtDH20X

Battalion my old friend did candy Crowley get it right in that debate? Let's face it reporters can't condemn the GOP and also be objective https://t.co/iN0oavgJVk

That's exactly right Chris and too much "reporting" is not about facts. It is claiming subjective wants and pov as facts. That's dishonest. https://t.co/aLTzu293xN