Mediaite Morning Reading List: Inside the Ruling Against the NSA
MORNING READING

Mediaite Morning Reading List: Inside the Ruling Against the NSA 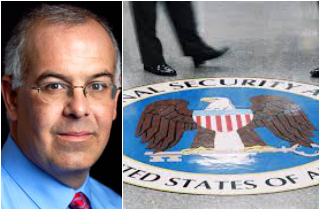 Every a.m., Mediaite publishes a primer of what the interweb machine is writing, talking, tweeting, and blogging about, so that you may fool friends and family into thinking you are a trove of information and insight. Today: the fallout from yesterday’s NSA ruling, David Brooks subtweets himself, what the auto bailout can tell us about Obamacare, and more.

A Bush-appointed federal judge became the first to rule the NSA collection of phone data unconstitutional since the surveillance program was revealed by Edward Snowden more than six months ago. Judge Richard Leon called the data-gathering program “almost Orwellian” and said James Madison “would be aghast” at the government’s intrusion. (Leon stayed his own injunction pending an appeal an appeal by the government.) Charlie Savage’s article brings the details.

New Yorker’s Amy Davidson has a quick, strong breakdown of what it all means. Keen point: Leon’s difference in thinking from other jurists who have ruled the program constitutional seems to have less to do with the Constitution and more to do with an appreciation—finally—of how people use their phones in the 21st century:

Indeed, the question in this case can more properly be styled as follows: When do present-day evolutions in the Government’s surveillance capabilities, citizens’ phone habits, and the relationship between the NSA and telecom companies become so thoroughly unlike those considered by the Supreme Court thirty-four years ago that a precedent like Smith simply does not apply? The answer, unfortunately for the Government, is now.

In Foreign Policy, Shane Harris argues that the biggest impact of the decision will simply be the “Scopes trial”-level debate we’re about to have over the NSA’s surveillance. Now that the program is known (thanks to Snowden’s reveal), many of the government’s legal challenges—which were based on the urgent need to keep the program a secret—are foreclosed, meaning even if the NSA eventually prevails in a federal court, it won’t be without a significant accompanying public trial.

In what is either a self-parodic episode of despairing transference or the world’s greatest subtweet, New York Times columnist and Bruce Springsteen concert attendee David Brooks chronicles the rise and fall of the “thought leader,” who doesn’t match the description of any existing human but nonetheless encapsulates some portentous societal jig.

The piece—which, depending on how you’ve manicured your Twitter feed, everybody is talking about—contains one good phrase, “condescending from below,” and, like all Brooks columns, at least one patently untrue statement phrased as self-evident observation:

Many people wonder how they too can become Thought Leaders and what the life cycle of one looks like.

Dana Milbank has a interesting retrospective on the auto bailout, asking why the people who still oppose it still oppose it, and links their unflagging opposition to that of Obamacare. Remove the politics from this and it’s a neat epistemological inquiry: is there any amount of evidence that could change an ideologue’s mind? Plus Milbank quotes Keynes’ “in the long run we’re all dead,” which should be on Keynes’ tombstone.

“Fallout From the ‘Me Generation’ Fuels Crisis in Congress” (Charlie Cook, National Journal)

Here’s a new twist: Charlie Cook but blames the “Me Generation” attitude for some of Congress’ gridlock (to his credit, he includes the actual “Me Generation” in his criticism, rather than just dumping on Millennials), arguing that the “everybody gets a trophy” attitude has created a legislature full of self-interested attention seekers who, unversed in shared sacrifice, cannot share responsibilities.

Cook’s got a point about the three-day congressional work week (which was created largely out of fundraising needs, not narcissism) isolating lawmakers and the benefit of CODELs and such to create comity among congressmen—just witness Representative Gwen Moore’s (D-WI) account of sharing a plane with Senator Ted Cruz (R-TX) to South Africa yesterday. But was political self-interest really invented in 1974 because we didn’t fight Germans enough? And what happens when you read Cook’s piece in the context of Brooks’ column…?