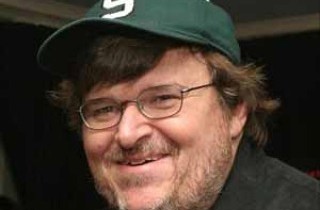 Early this morning, documentarian and gun control advocate Michael Moore took to his personal blog to call for the release of crime scene photos from December’s massacre at Sandy Hook Elementary School, hoping that images of slaughtered children would finally put an end to the gun control debate and “finish off the NRA” once and for all.

“I believe someone in Newtown, Connecticut – a grieving parent, an upset law enforcement officer, a citizen who has seen enough of this carnage in our country – somebody, someday soon, is going to leak the crime scene photos of the Sandy Hook Elementary School massacre,” he wrote in a blog post titled “America, You Must Not Look Away (How to Finish Off the NRA)“.

“And when the American people see what bullets from an assault rifle fired at close range do to a little child’s body, that’s the day the jig will be up for the NRA,” he continued. “It will be the day the debate on gun control will come to an end. There will be nothing left to argue over. It will just be over. And every sane American will demand action.”

Dr. Cyril Wecht, past president of the American Academy of Forensic Sciences, told me this:

The kind of ammunition used by the Newtown killer would have produced very extensive, severe and mutilating injuries of the head and face in these small victims. Depending on the number of shots striking a child’s head, substantial portions of the head would be literally blasted away. The underlying brain tissue would be extensively lacerated with portions of hemorrhagic brain tissue protruding through the fractured calvarium and basilar skull, some of which would remain on portions of the face…actual physical identification of each child would have been extremely difficult, and in many instances impossible, even by the parents of any particular child.

After lamenting how we’ve done “nothing” about guns since the 1999 Columbine High School shooting, Moore concluded that releasing such photographs would render the National Rifle Association powerless in the ongoing gun control debate:

Yes, someday a Sandy Hook mother – or a Columbine mother, or an Aurora mother, or a mother from massacres yet to come – will say, like the mother of Emmett Till, “I just want the world to see.” And then nothing about guns in this country will ever be the same again.

Pack your bags, NRA – you’re about to be shown the door. Because we refuse to let another child die in this manner. Got it? I hope so.

All you can do now is hope no one releases those photos.