Mike Cernovich Threatens Sexual Blackmail if Steve Bannon is Fired: ‘I Know Everything’

Mike Cernovich Threatens Sexual Blackmail if Steve Bannon is Fired: ‘I Know Everything’ 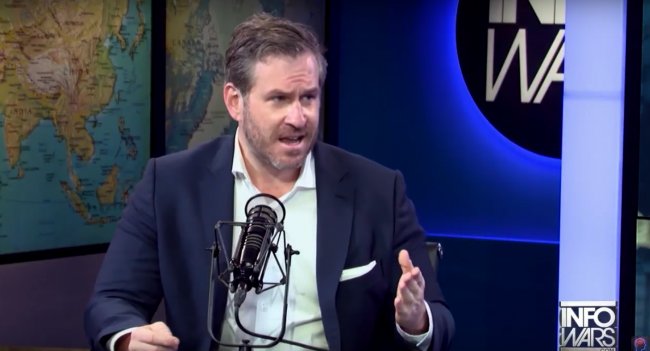 That was the none too veiled warning online provocateur Mike Cernovich had for the White House, Thursday, if President Donald Trump decides to pull the trigger and fire his chief strategist Steve Bannon.

Cernovich made the claims on Periscope, one of his preferred mediums, but they received wide mainstream attention after a Daily Beast report from Ben Collins Friday afternoon.

During a subsequent broadcast Friday, Cernovich appeared to back away from his earlier claims.

“Fake news people are claiming that I threatened the Trump administration because I said I would release damaging information about Deep State,” he said. “I would never threaten anyone in the Trump family, legally or otherwise.”

So with Trump and his family off the table, it’s unclear who Cernovich was talking about blackmailing. Mediaite has reached out to Cernovich for comment.

The controversial author of the Danger and Play blog, vaulted into headlines during the 2016 campaign and regularly takes heat from media critics who accuse him of being a purveyor of fake news. In the past Cernovich has promoted false stories about Pizzagate and unfounded speculation regarding Hillary Clinton’s health. Those reports were both featured in a recent profile of Cernovich on 60 Minutes.