Montana Lawmaker: I Was Kidding About That Ban on Yoga Pants 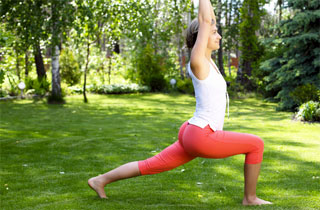 A Republican Montana lawmaker now insists that his proposal to ban yoga pants is just one giant joke.

Republican David Moore initially proposed the a law that would ban the tight (but so comfy) pants after he witnessed a group of naked bicyclists rolling through Missoula, MT, and made the comment to an AP reporter soon after proposing the law. He hastily walked back the law — banning clothing that exposes “genitals, pubic hair, or anus of exposes the areola or nipple of the person’s breast with anything less than a fully opaque covering while in a public place — when his comments exploded across the internet.

“At no time during the hearing of that bill was yoga pants brought up,” he told The Guardian. “The whole was a off-the-cuff remark in the hallway, and the whole thing just exploded.”

The AP, however, says he really did mean it:

“Our reporter spoke to him at length,” Associated Press media director Paul Colford said about the interview, which took place on Tuesday. “She asked him about that statement twice. After the story appeared, Mr Moore told associates he was making a joke. Our staffer did not report that the bill would go so far as to outlaw yoga pants. Or that he intended to, we stand by our coverage.”

The Guardian noted that that the bill’s language could have possibly referred to the banning of beige yoga pants, which, ew, come on, beige yoga pants are gross and no one buys them anyway.