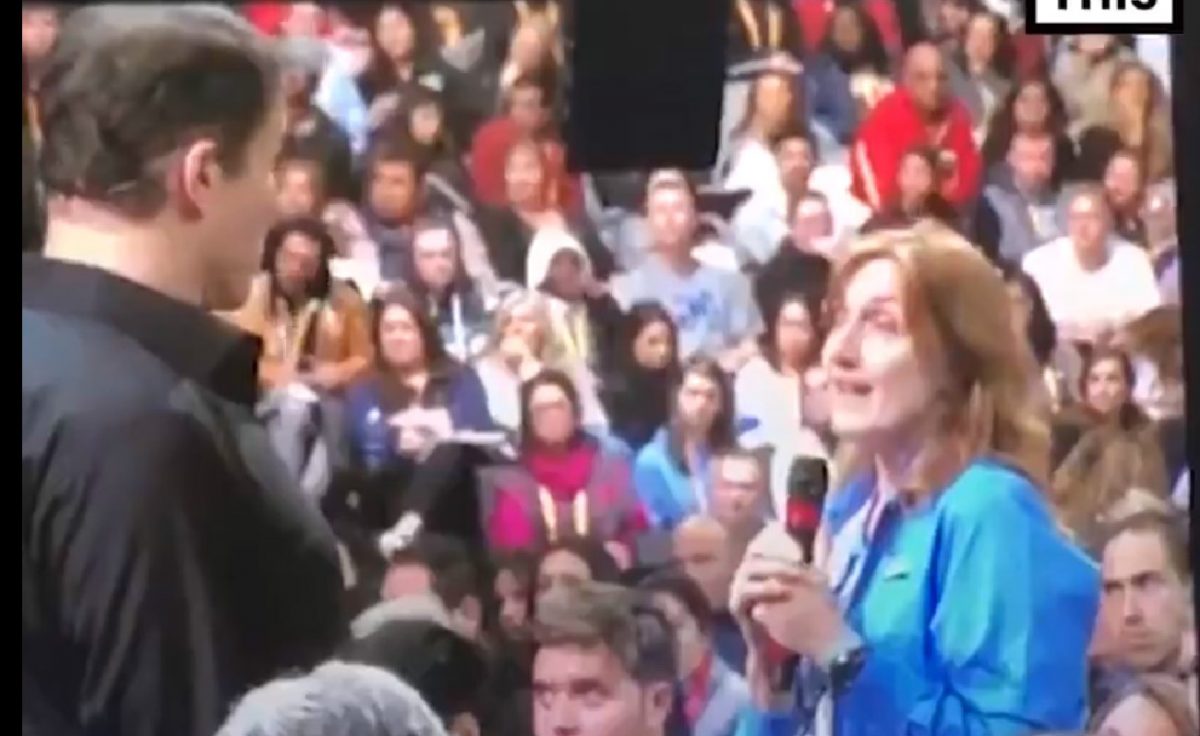 When a woman confronted him about his feelings on the matter, Robbins said he wasn’t criticizing the movement itself but “victimhood.”

He said things like “anger is not empowerment” and said people are using “a drug called significance to make yourself feel good.”

The video received widespread condemnation including from Tarana Burke––the woman who started #MeToo:

I was made aware of this video BEFORE I ever saw it because Tony Robbins people reached out to do damage control within 24 hours. They wanted to “give me context” apparently. I don’t need any. I have eyes. The full video is 11 mins. And it’s gross. Bravo to this woman. https://t.co/gjbm9GF1Mz

Oh the video is MUCH worse. His misogyny runs deep. To even repeat that story of his ‘friend’ who wouldn’t hire the ‘pretty woman’ as if it’s the MOVEMENT’s fault and not the sexist man’s fault is all you need to hear. It’s deplorable. But SO many folks misunderstand this work.

Robbins has now posted a lengthy apology on Facebook:

At a recent Unleash the Power Within (UPW) event in San Jose, my comments failed to reflect the respect I have for everything Tarana Burke and the #MeToo movement has achieved. I apologize for suggesting anything other than my profound admiration for the #MeToo movement. Let me clearly say, I agree with the goals of the #MeToo movement and its founding message of “empowerment through empathy,” which makes it a beautiful force for good.

For 40 years I’ve encouraged people to grow into the men and women they dream to be. I watch in awe as more and more women all over the world find their voice and stand up and speak out. All of our growth begins with learning. My own started with a childhood marked by abuse. I am humbled that others have looked to the path I have taken in the decades since as lessons in their own journey. But sometimes, the teacher has to become the student and it is clear that I still have much to learn.

I teach that “life happens for you, not too you” and what I’ve realized is that while I’ve dedicated my life to working with victims of abuse all over the world, I need to get connected to the brave women of #MeToo.

I am committed to being part of the solution.

I am committed to helping to educate others so that we all stay true to the ideals of the #MeToo movement. I will never stop examining my own words and actions to make sure I am staying true to those ideals. That begins with this brief statement but will not end until our goals are reached.