Mystery EPA Poop Story Is Worse than We Thought

Mystery EPA Poop Story Is Worse than We Thought 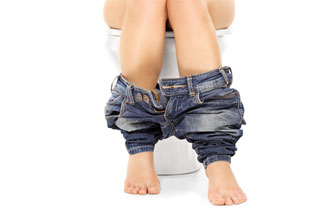 Earlier this summer, we brought you the story of an EPA office plagued with a serial pooper who had a habit of leaving poop everywhere, literally. Funny story on its own, yes. But a new report indicates that the serial pooper is actually worse than the memo reported, and may be far more disturbed than a normal vandal who poops in hallways.

The newly-reported behavior is so gross that we’ve block-quoted it from E&E News, to prevent ourselves from even thinking about how to describe it:

The day after the memo went out, one EPA official said, “One of my employees refused to come into the office today because she is terrified after hearing a story on the train home last night.”

“A male supervisor … told her that management knows that it is a female on the [redacted] floor who has been wiping feces and menstrual blood on the walls (I’m really sorry, this is beyond gross) and that they are worried that her behavior is escalating,” the official said in an email…

One chain of emails pegs the first restroom incident occurring in December 2013 with someone urinating on the toilet seat and the floor.

There were reported problems in both sexes’ restrooms but on Jan. 13, the ninth floor men’s restroom had “a trail of poop leading out in hallway,” according to the incident report.

Here is a photo of bleach. It may help.

In any case, reports conflict as to whether the vandalism stopped after the EPA sent a memo out to its Dallas office, but they have not caught the disturbed poop vandal yet. In addition, the EPA has other problem employees to deal with, such as “an employee watching pornography on the job [and] another impersonating a CIA spy.”