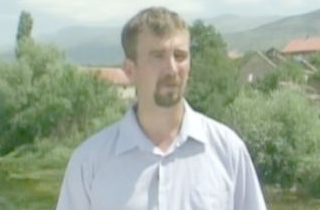 The terrorist group ISIS has put out a third video depicting a gruesome beheading, this time of a man identified as British aid worker David Haines. Unlike the other videos, which were addressed to America, this video is addressed “to the allies of America.”

The executioner sends his message to Prime Minister David Cameron, saying, “This British man has to pay the price for your promise, Cameron, to arm the Peshmerga against the Islamic State. Ironically, he has spent a decade of his life serving under the same Royal Air Force that is responsible for delivering those arms. Your evil alliance with America which continues to strike the Muslims of Iraq and most recently bombed the Haditha Dam will only accelerate your destruction.”

This week Haines’ family had been publicly pleading with his captors to release him.

Unlike previous #ISIS videos called "Message to America", latest is "Message to Allies of America". Instead of Obama, features UK PM Cameron

Video has direct warning to PM Cameron: "If persist in fighting #ISIS will have blood of your people on your hands" pic.twitter.com/GIEIxDHrWF

This is the third such horrible beheading publicly carried out by ISIS, following the deaths of American journalists James Foley and Steven Sotloff.

Update- 6:30 pm: The executioner ends the video with a threat to kill another British man named Alan Henning.

And here’s a still image from the video: 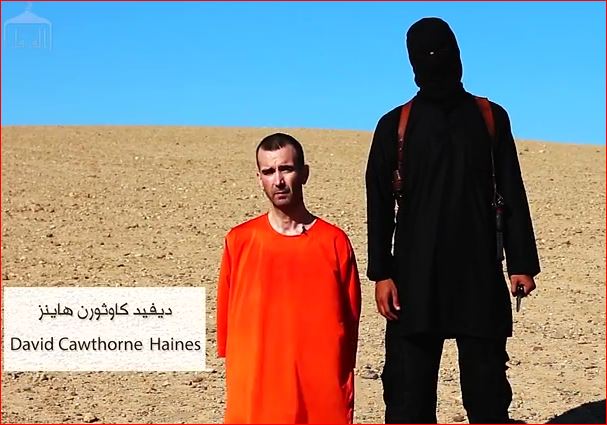 The murder of David Haines is an act of pure evil. My heart goes out to his family who have shown extraordinary courage and fortitude.

We will do everything in our power to hunt down these murderers and ensure they face justice, however long it takes.