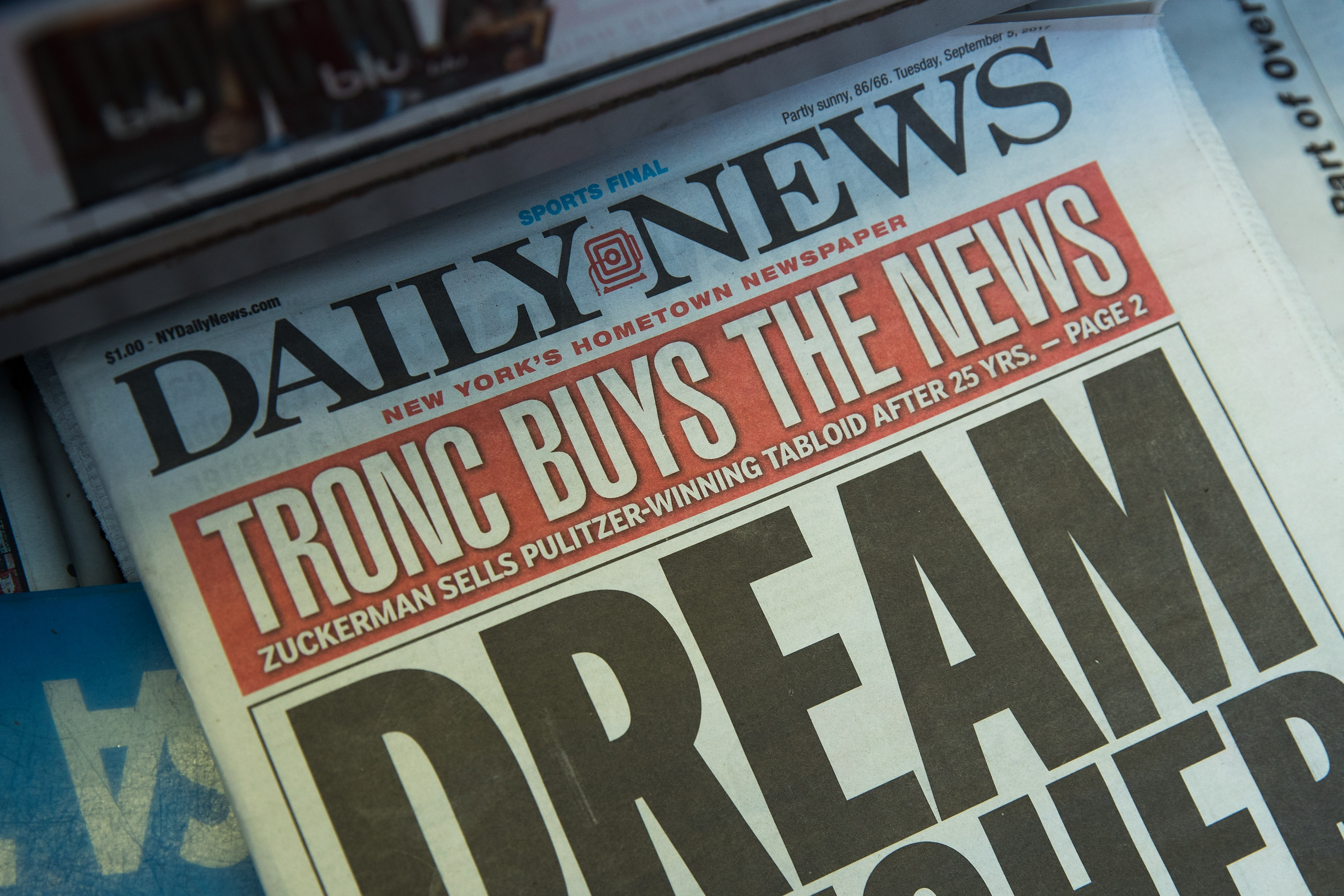 New York Daily News‘ social media team is having the last word today as their newsroom undergoes a major reduction.

The paper sent out an internal letter informing staff that they are laying off half of their editorial team while making other major cuts as they refocus their breaking news division and online platform. The email confirms that Editor-In-Chief Jim Rich and Managing Editor Kristen Lee will be among those leaving NYDN over these cuts.

“We are reducing today the size of the editorial team by approximately 50 percent and re-focusing much of our talent on breaking news – especially in areas of crime, civil justice and public responsibility,” the email said.

Now, if one were to head over to NYDN‘s Twitter account, it would seem that the paper is laying off some of their social media people, and now they’re making good use of their access before the password gets changed. Here’s a tweet they posted with the Confused Travolta meme from Pulp Fiction: 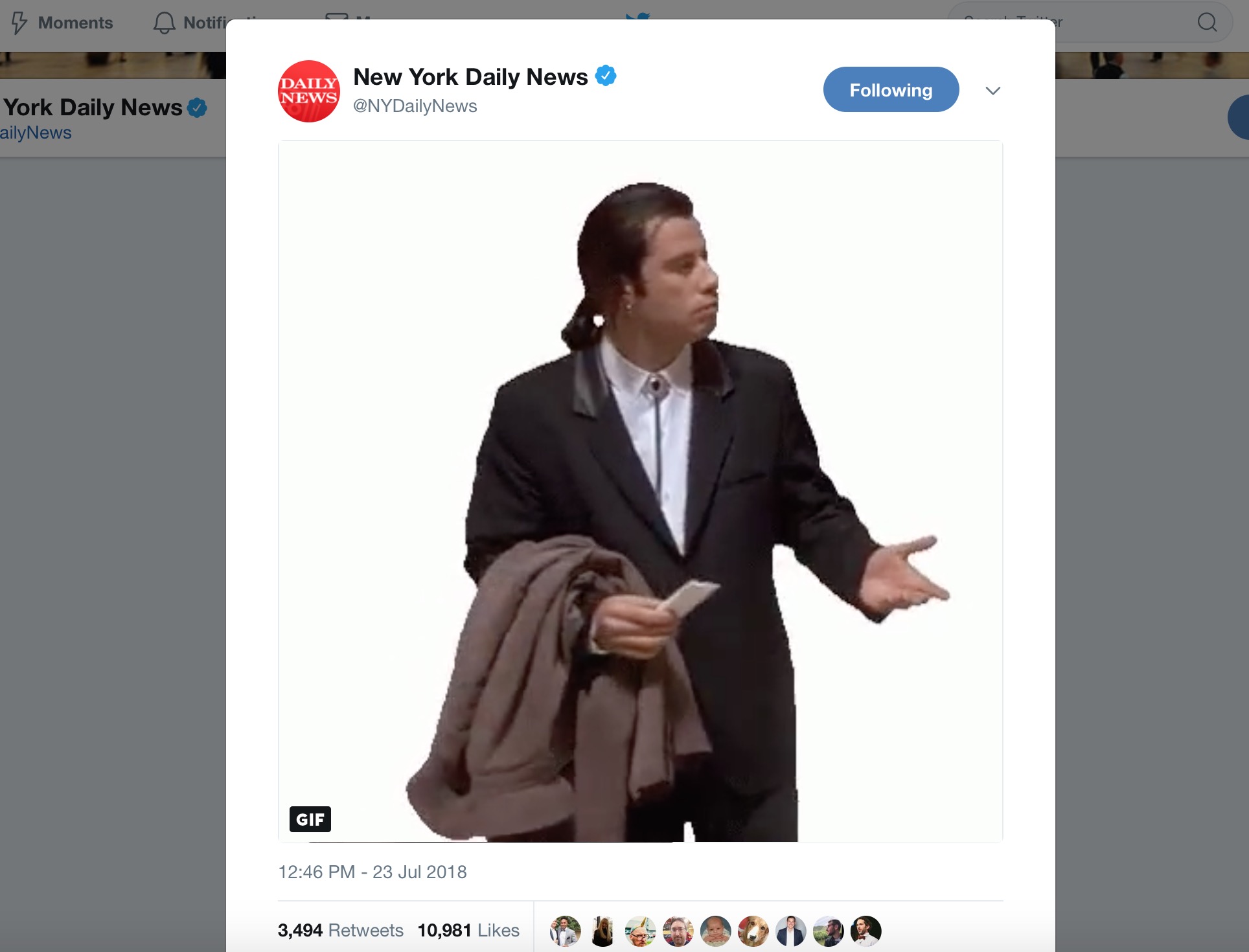 An hour later, the NYDN offered a possible insider update from their offices, thanks to this lovely meme from Planet of the Apes.

They got the account back and deleted, but here's the screenshot. pic.twitter.com/jfTEM81ReQ

UPDATE: Both tweets have been taken down, so we have provided screengrabs.