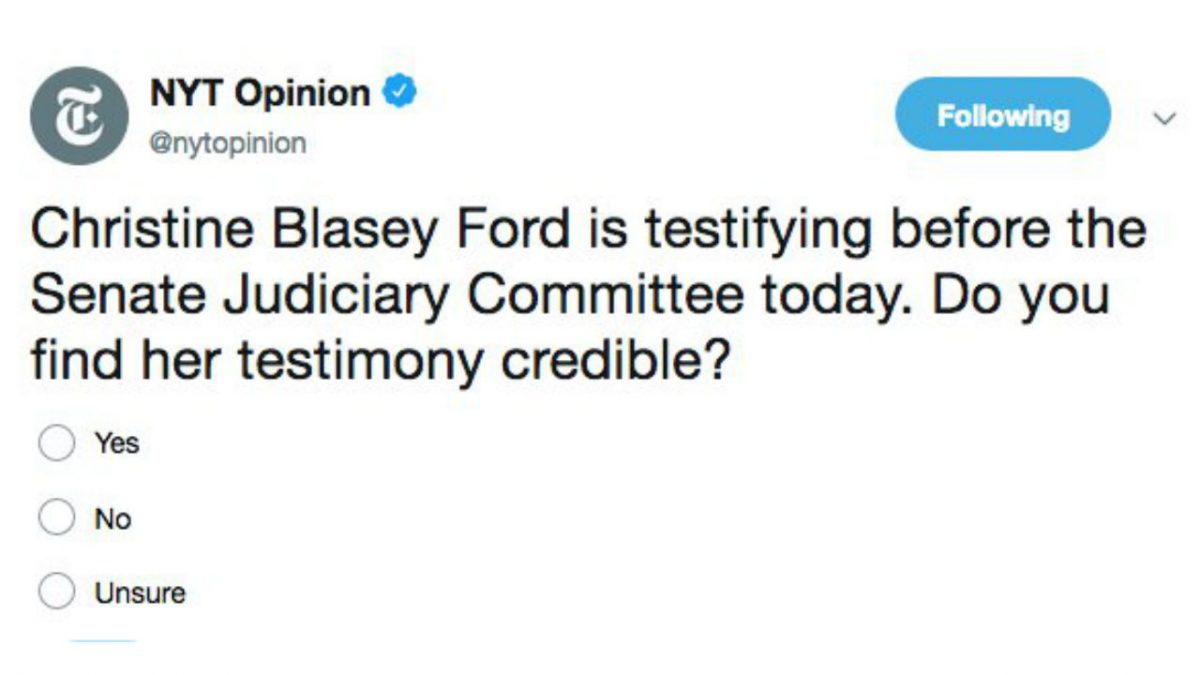 And unsurprisingly, people criticized the Times for making a Twitter poll on the subject:

The New York Times opinion section is looking for reader engagement on this hearing. How would you like to engage with @nytopinion?

[ ] Chop them up and feed them to iguanas
[ ] Strap them to a missile and fire them into a volcano pic.twitter.com/VVpA1I2aE4

This is a very bad use of Twitter that has no journalistic purpose. pic.twitter.com/OLh3uLobwo

Should @nytopinion lose the poll option

Who thought this was a good use of Twitter’s poll feature? pic.twitter.com/iqi6kxYbBZ

The Times took down the tweet and apologized, calling the poll “insensitive”:

We’re sorry for this tweet. In retrospect, a Twitter poll is insensitive in light of the gravity of this hearing. We’ve deleted it. pic.twitter.com/4CqRhkuCat

Not everyone accepted the Times’ apology:

Good for them for owning what they did and why. Rare these days, certainly rare in media. Whether or not you agree with the sensitivity – the no bs transparency is valuable. https://t.co/kPQGUqOrqc