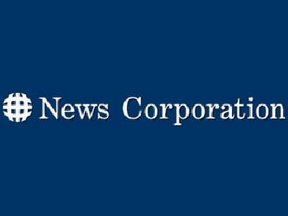 Facing immediate and ferocious criticism, News Corp. responded by citing their sympathy with the RGA’s “pro-business agenda”. Articles about the transaction were similarly quick to note that other companies, even other media companies, have given money to the RGA as well as Democratic committees.

But the actual amount donated by News Corp. was $1,010,450 – an amount that makes News Corp. the sixth-largest contributor to the committee this year. It’s an amount only $500,000 shy of the number three contributor – the Republican National committee. News Corp. also, expectedly, didn’t donate to the Democratic Governors Association.

Nathan Daschle, executive director of the DGA, called it “stunning” that a media company would make such a large, partisan investment in politics. “The people owning Fox News have made a decision that they want to see Democratic governors go down to defeat,” said Daschle. “It’s a jaw-dropping violation of the boundary between the media and corporate realm.” News Corp.’s spokesman responded: “It’s patently false that a corporate donation would have any bearing on our news-gathering activities at Fox News or any other of our properties.” (Also, Fox News, responding to Daschle wanting to air out his concerns on the network, tells the Washington Post: “We understand Nathan’s desire to get face time on the most watched news network. And when he can offer insight on a legitimate news story instead of concocting a dishonest publicity stunt, we will consider having him on as a guest.” )

The speculation, of course, is what one might call trickle-down politics. News Corp. invests over a million dollars on behalf of Republican candidates. Murdoch’s newspaper properties will undoubtedly endorse in many of these races, and are very likely to endorse Republican gubernatorial candidates. Fox News will continue to air issues and tacitly argue for Republican policy measures during opinion hours. So, where is the organizational wall of partisan advocacy erected? Between a producer and on-air talent? Where the clock ticks from 3:59 to 4:00pmET? Echoing my previous thoughts on this: anywhere?

There’s another question: why the RGA? As a 527, it could accept corporate money even before the Supreme Court’s Citizens United decision. But governors, contrary to News Corp.’s argument, have a limited impact on tax issues and agenda. Why not give to the RNC? The RNC has only $10 million on-hand. The RGA, in contrast, has raised $27 million more than it has spent this year – $15 million more than the DGA. Is it because, unlike the House, Republicans aren’t expected to walk to victory in gubernatorial contests?

There’s no question that News Corp.’s action is unusual, brash and inflammatory. Whether or not it’s a one-time investment or a thrown-down gauntlet in a new era of media company engagement remains to be determined.

But two things are certain: News Corp. knew that this would reinforce the common perception of their political bias. And News Corp. did it anyway.