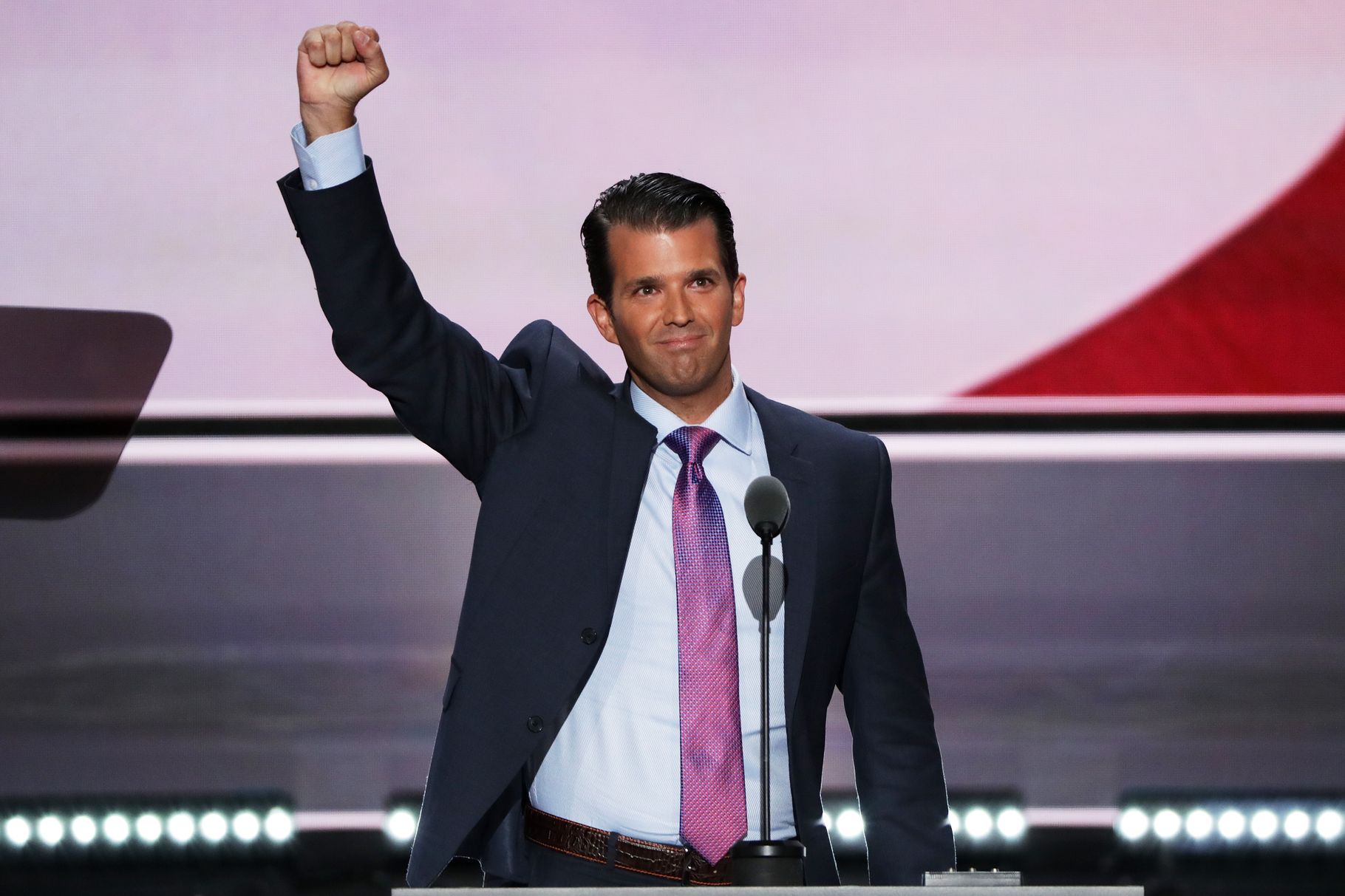 A new section of Omarosa Manigault-Newman‘s book claims President Donald Trump blasted Donald Trump Jr. for how he handled the initial intrigue over his 2016 meeting with a Kremlin lawyer.

Despite lingering concerns about Omarosa’s credibility, UNHINGED: An Insider’s Account of the Trump White House has successfully captivated the media thanks to her juicy claims, and secretly-recorded tapes of Trump and other administration figures. According to the New York Daily News, Mangigault-Newman, in one section of the book, writes that Trump called his son a “f*ck-up” for publicly posting the emails he exchanged with Rob Goldstone.

“He is such a f*ck-up,” Trump allegedly said. “He screwed up again, but this time, he’s screwing us all, big-time!”

Goldstone was the publicist who established the connection between Trump Jr. and his father’s campaign staff with Natalia Veselnitskaya. When Trump Jr. was told that Veselnitskaya might be able to provide information that could cripple Hillary Clinton‘s presidential campaign, Trump responded at one point “if it’s what you say I love it.”

The meeting has been one of the recurring flashpoints for the ongoing investigations into whether the Trump campaign colluded with the Russians in 2016. While Trump and his team previously insisted that nothing came out of the meeting, the president recently contradicted many of his previous statements by admitting that the meeting was held for the express purpose of gathering dirt on Clinton.