Pelosi Tries to Pacify Dems Calling to Oust Trump: We Can Hold Him Accountable ‘Outside of Impeachment’ 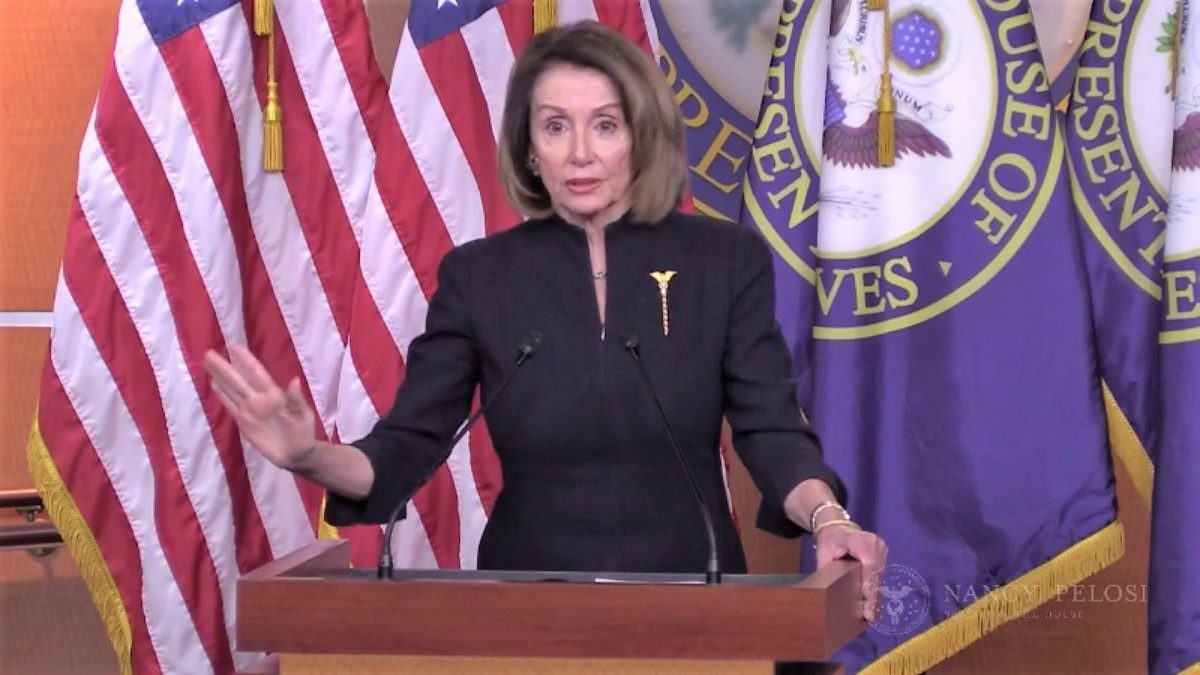 House Speaker Nancy Pelosi sent a letter to her fellow Congressional Democrats on Monday in an apparent effort to curb talk about impeaching President Donald Trump.

Following the release of Robert Mueller‘s report, numerous Trump critics have renewed their calls for Congress to remove the president from office in light of his multiple, documented attempts to obstruct justice. In her letter letter Monday, Pelosi says Trump has engaged in “unethical and unscrupulous” behavior, made “repeated efforts to thwart cooperation,” and the matter of indictment is an open-ended question.

However, the House Speaker also tells her colleagues that holding Trump accountable and performing Congressional oversight on his actions is possible “outside of impeachment hearings.”

“While our views range from proceeding to investigate the findings of the Mueller report or proceeding directly to impeachment, we all firmly agree that we should proceed down a path of finding the truth. It is also important to know that the facts regarding holding the president accountable can be gained outside of impeachment hearings. As we proceed to uncover the truth and present additional needed reforms to protect our democracy, we must show the American people we are proceeding free from passion or prejudice, strictly on the presentation of fact.”

In a letter Pelosi just sent to Dems: "It is also important to know that the facts regarding holding the President accountable can be gained outside of impeachment hearings" pic.twitter.com/3EgkUTj4qj

Pelosi goes on to say that the report shows that Congressional Republicans have an “unlimited appetite for such low standards” and “should be ashamed of what the Mueller report has revealed, instead of giving the President their blessings.”

The issue of impeachment has been a source of contention among Democrats for the past few months. Pelosi previously said that impeachment was “not worthwhile.” And last week, House Majority Leader Rep. Steny Hoyer (D-MD) came out against impeachment. But others such as, notably, Rep. Alexandria Ocasio-Cortez (D-NY) say they support impeachment.