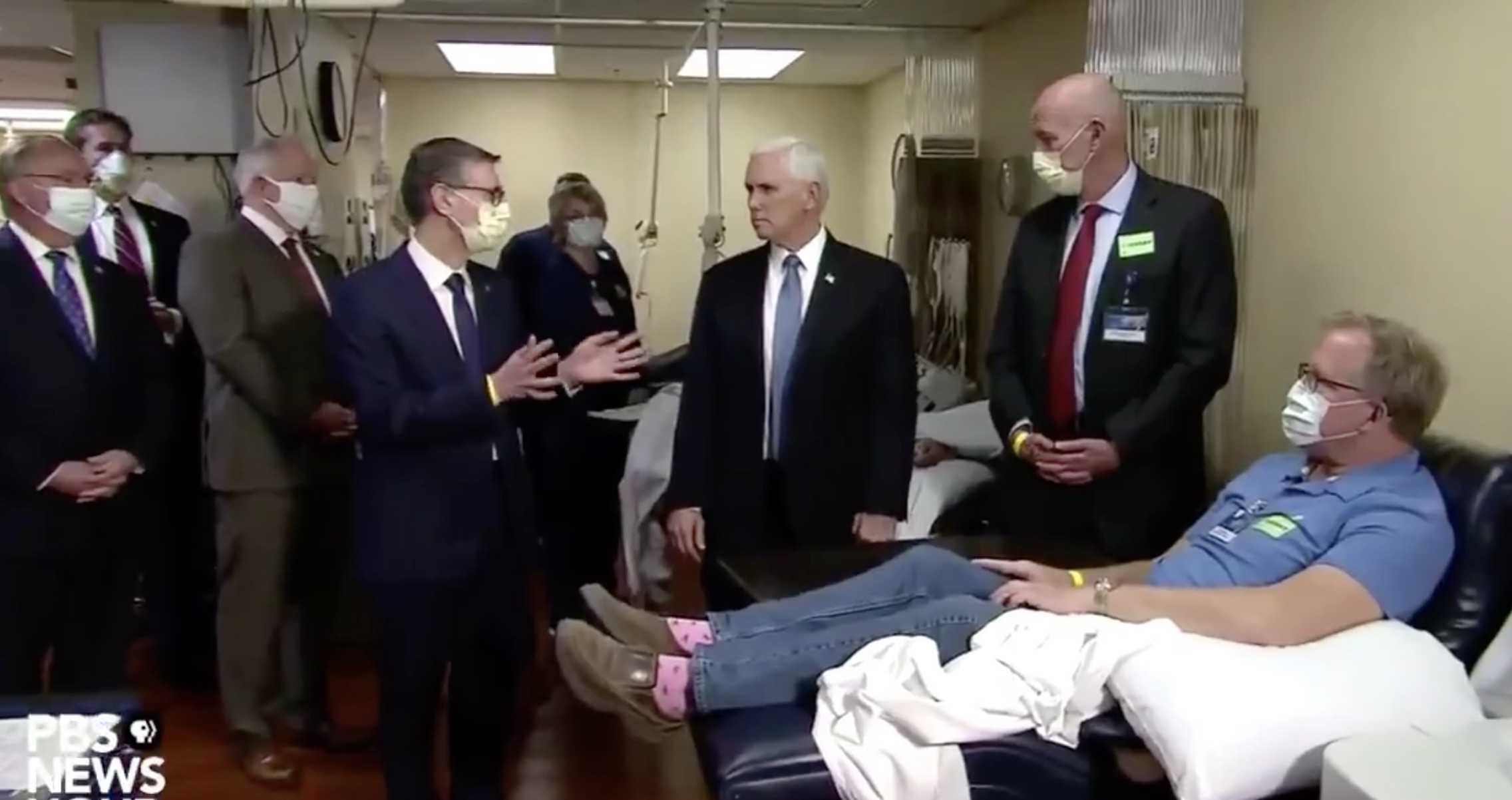 Vice President Mike Pence violated a Mayo Clinic policy that requires all visitors to wear a mask during his trip to the medical center, despite the fact that he was informed of the order prior to his visit.

Footage of the visit shows that he is the only one in the medical center who ignored the regulations:

Pence showed up to the Mayo Clinic.

He’s the only person ignoring their mask regulations.

At a medical center. pic.twitter.com/zN83TMcYv2

The Mayo Clinic took to Twitter to announce that they had informed Pence of the policy, but have since deleted the post, presumably after users noted that they allowed the Vice President access despite his disregard of the protocol:

Obviously it is grossly irresponsible for Mike Pence to make this appearance without a mask, but the Mayo Clinic could also take a stand and say “hey, this is our protocol, and even you, the Vice President, needs to abide by it.”

Pence, and the majority of the Trump administration, have generally chosen not to wear masks, despite the fact that government officials and medical experts have been encouraging the use of PPE supplies.

New York Times writer Maggie Astor noted on Twitter that “Pence’s team claims incorrectly that because he’s tested regularly, he knows he’s not an asymptomatic carrier and so doesn’t need to wear a mask,” linking to her recent piece on leaders’ tendency to avoid masks amid the pandemic:

As @anniekarni and I wrote last week, Pence’s team claims incorrectly that because he’s tested regularly, he knows he’s not an asymptomatic carrier and so doesn’t need to wear a mask. In reality, tests are far from 100% accurate. https://t.co/dq8UKwrqwl

CNN’s Jim Acosta later posted Pence’s explanation on Twitter, reporting that he did not wear a mask because “he’s been tested and found to be negative for the virus.”

Pence answering question about not wearing mask at Mayo Clinic. Notes he’s been tested and found to be negative for the virus.

Pence added that he did not wear a mask because he wanted to look the health care professionals “in the eye and say thank you.” Acosta noted, “You can look at people in the eye with [a] mask on.”

Pence on no mask at Mayo: “I thought it’d be a good opportunity for me to be here, to be able to speak to these researchers these incredible healthcare personnel and look them in the eye and say thank you.” (note: you can look at people in the eye with mask on)