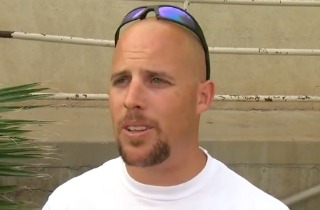 Weeks after two individuals were killed for targeting a Muhammad cartoon contest, there’s another such contest being planned in Phoenix, Arizona during an anti-Islam rally tomorrow.

And this one is particularly notable because the two gunmen who targeted the Garland, Texas event were from Phoenix and attended the Islamic community center where the rally is going to be held.

Jon Ritzheimer, a Marine organizing the event, says he doesn’t believe he would be indirectly responsible for any violence that may happen (though he’s told people to bring guns in case there’s a confrontation).

CAIR released a statement telling congregation members to avoid the event and not engage with people “attempting to sow seeds of bigotry.”