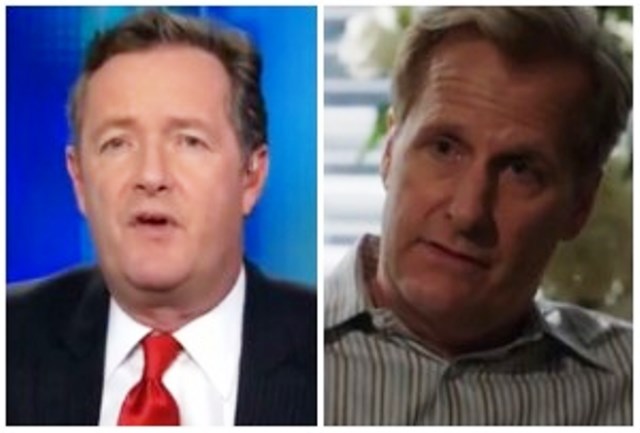 Piers Morgan has arguably been the strongest voice in cable news for gun control, engaging in debate after debate on the subject, even suggesting he would self-deport if gun laws don’t change. So what inspired him to be such an anti-gun crusader? Well, Morgan admitted in an interview this weekend that he pursued the issue thanks to the HBO show The Newsroom.

Yes, watching Will McAvoy switch to a more opinionated role inspired Morgan to be the anti-gun voice many have praised and attacked him for (even going so far as to create a “Deport Piers” petition on the White House website that racked up the signature). Morgan told the Guardian‘s Weekend magazine why a fictional show helped set off his real-life quest.

“Watching the first episode of Aaron Sorkin’s The Newsroom was the trigger point. Jeff Daniels’ character is bored in his job, ticking time, hasn’t got a clear voice, then he suddenly explodes about the state of America, and it transforms his show.

“I said to my producer it was really interesting because you can see the awakening of a passion and a voice. It made me think: what do I feel really strongly about, and it was guns. It all bubbled up very naturally.”

Morgan’s gun control advocacy plays a big part in Morgan’s new book Shooting Straight, and when Morgan moderated the NewsRoom PaleyFest panel this year, he professed to be a fan and admitted he has drawn inspiration from McAvoy in his work.