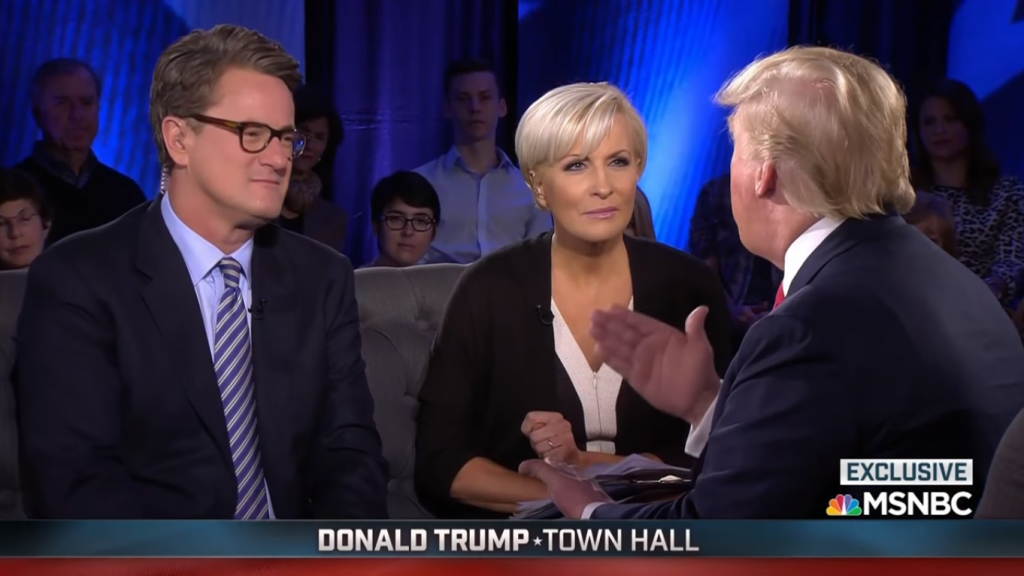 There is a perfectly legitimate argument to be made that the President of the United States should just sit back and take all attacks and insults hurled his way, even when the magnitude of the attacks is unprecedented.

Donald Trump has chosen to ignore that philosophy.

In case people aren’t aware by now, when Donald Trump is attacked, he fights back, even when he probably shouldn’t.

And whether he is right or wrong, lets not pretend that he is always the aggressor. In fact, President Trump may deserve some credit for virtually never attacking anyone without provocation. Dare I say, Donald Trump may be the most civil politician in history. Ok, that’s a stretch. But as ruthless and vulgar as his attacks may be, he is almost always the counter-puncher.

Make no mistake, Donald Trump’s supposedly vicious attacks are always in response to vicious attacks against him. He does not retaliate with personal attacks against people who simply question his policy proposals. He responds to very personal and offensive attacks like questioning his “mental stability”, calling him “crazy” and “deranged.” Those are not benign, policy-based critiques of the President.

Had one never caught a single moment of news until yesterday, they might be inclined to think that Donald Trump savagely attacked some poor woman for absolutely no reason at all.

The news coverage seemed to omit that the alleged victim of Donald Trump’s tweet, Mika Brzezinski, appears to have essentially dedicated her professional life to personally attacking Donald Trump. And those defending her are naive enough to believe that she is not at fault in any way.

Calling Trump stupid and crazy isn’t a horrible personal attack, it’s just a fact because, let’s face it, Republicans are stupid and crazy, right? So, why would someone retaliate with a horrible tweet just because someone pointed out the obvious truth about them? That is how this deranged thinking goes.

But in Trump, for the first time in history, Republicans may have an individual who has decided to refuse to back down. He has refused to turn the other cheek. The press is the bully and Donald Trump is punching them straight in the nose.

The difference between Donald Trump and other politicians is that he just says, in front of millions, what others wait until they’re behind closed doors to say. This may be a character trait unbecoming of a president or it may be one soon to be embraced by others.

As childish as “he started it” might sound, at least it is almost always the truth. It may be legitimate to criticize some of the rhetoric Trump uses in his personal feuds but it is a safe bet that he was not the initial antagonist.

So again, if you want to argue that the president should just take the criticism, then that is a separate argument. But don’t act as if he is doing this without provocation.

On CNN’s State of the Union last December, Jake Tapper criticized Donald Trump’s use of Twitter to attack his critics. Tapper questioned whether Trump’s tactics represented “presidential behavior.” Trump senior adviser Kellyanne Conway responded that he is “the President-elect, so that’s presidential behavior.”

Historically speaking, Donald Trump’s behavior may not be “presidential.” But as Conway pointed out, at least for the next three and a half years, that is about to change.

Obviously, President Trump will not be able to respond to all of his critics, even in 140 characters or less. But that doesn’t mean he won’t try. Is it “presidential behavior?” It is now.