Rand Paul: Boston Bombers Were ‘Coddled’ as Refugees But Still Attacked Us

Rand Paul: Boston Bombers Were ‘Coddled’ as Refugees But Still Attacked Us 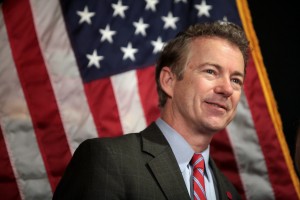 The Republican presidential candidate said the refugee screening process is “absolutely not” rigorous enough to allow migrants into the United States. “The fact that we had two Iraqi refugees posing as refugees come into our country and want to attack us with stinger missiles shows that it wasn’t, and I don’t believe still is, very rigorous,” he said.

Despite accusations that Tamerlan and Dzhokhar Tsarnaev moved to the United States through the refugee program, the family never applied for refugee status to gain entry into the country. Instead, their family arrived on a six-month visa and applied for political asylum once they were in the United States.

Last week, Paul introduced a bill to put a moratorium on U.S. visas for refugees; in a speech to congress, the Kentucky senator argued, “…when the poem beneath the Statue of Liberty says ‘give me your tired, give me your poor,’ it didn’t say come to our country and we’ll put you on welfare.”