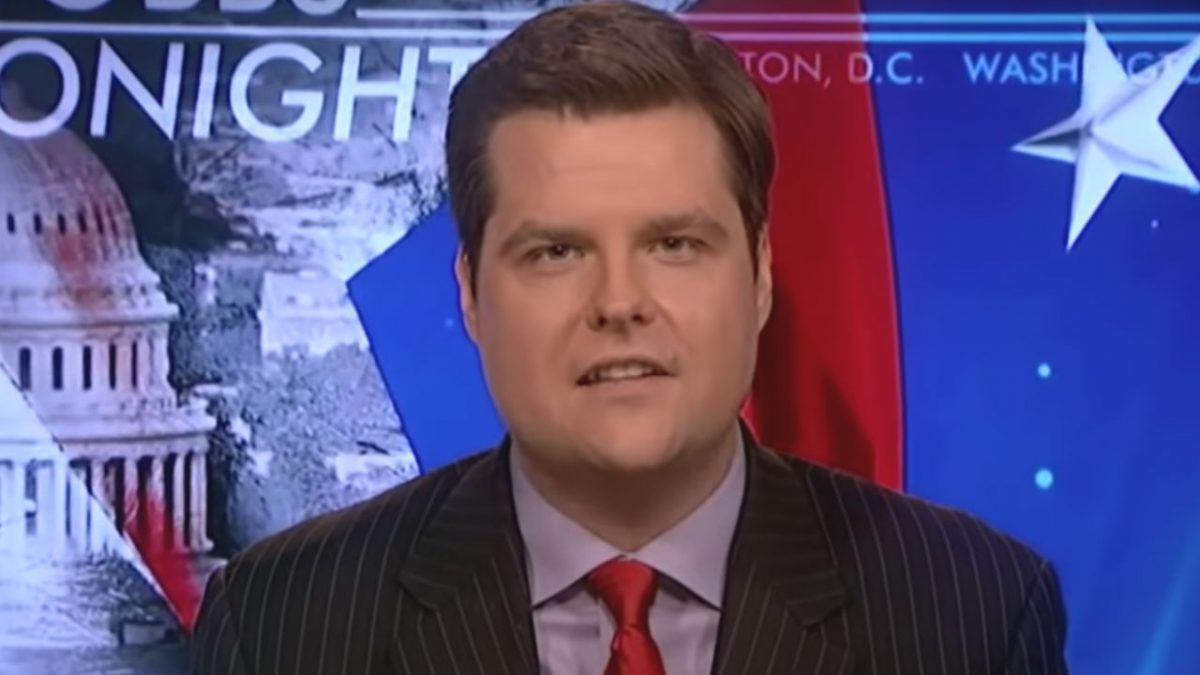 Congressman Matt Gaetz (R-FL) sent out what can only be described as an extremely WTF tweet at former Trump lawyer Michael Cohen today.

Hey @MichaelCohen212 – Do your wife & father-in-law know about your girlfriends? Maybe tonight would be a good time for that chat. I wonder if she’ll remain faithful when you’re in prison. She’s about to learn a lot…

The Florida Republican congressman was immediately pilloried for the threatening tweet ahead of Cohen’s public testimony tomorrow:

A tweet in which a sitting member of Congress tries his hand at witness intimidation: https://t.co/tSdtKvgDjb

It’s like someone tried to program a witness intimidation bot https://t.co/b3Y3QhJRCb

This should not be legal. Intimidating a witness before Congress should be against the law. https://t.co/uVBZR3NzXf

There’s not even a hypothetical charitable read of this I can come up with where this is anything other than Mafioso intimidation. https://t.co/wR5b84uMCG

Huh? This is from a member of Congress? It reads a bit threatening. https://t.co/FM9egytNcF

/3 There’s a whole bunch of obstruction statutes, sir, and if you’re threatening to reveal embarrassing information to deter a witness from testifying before Congress, I think you need advice about whether you may be violating one or more of them. https://t.co/IcYiMRkJGP

If I’m following, a Congressman just threatened to out a witness’s alleged affair and implied that the witness’s wife will cheat on him. https://t.co/Bf1kK7s1Dh

I’d tell you to take this tweet down, but TBH I think it’s a great legacy item for you. https://t.co/72aZmQ7qip

I don’t know if this is witness tampering. But I’m pretty sure it might be plagiarism from Goodfellas or The Sopranos. https://t.co/S5khZav9iO

It’s insane that a member of Congress is tweeting this https://t.co/CH6h3O3GvQ

Hey @mattgaetz – Does your personal attorney know you’ve just engaged, very clearly, in the crime of witness tampering? Maybe tonight would be a good time for that chat. https://t.co/d4d1O7nnMw